Chased Through The Rural South By Irma 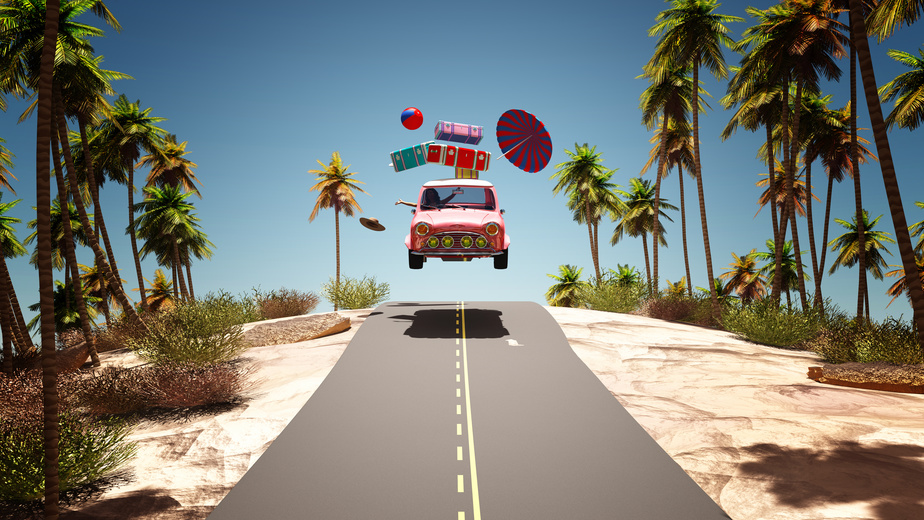 During the recent hurricane Linda and I made a 2,125 mile road trip through seven southern states, staying just ahead of, and behind Irma.

Following are observations, random thoughts, and opinions collected during our 12-day trek to visit son Eric and family in Asheville, NC and attend the wedding of Linda’s niece in Mississippi, a trip that took us through rural parts of Florida, Georgia, South Carolina, North Carolina, Tennessee, Mississippi and Alabama while dodging the storm:

Predicting Predictions: In an pre-Irma email to me and several others, former Tampa Plant High School classmate, Tampa resident, and American Spectator writer Larry Thornberry mused about the tough job weather men and women have saying: “We shouldn’t be too hard on these folks. Their task is incredibly difficult, perhaps impossible. The projections all week have come with all manner of caveats (caveats are always in season when it comes to foul weather) and with warnings that things might, and likely will, change. What I’ve heard all week, in less direct language, is, “Our projection today, with a very high level of certainty, is that there will be a new projection tomorrow.”

“For this reason,” says Larry, “the Honest Florida Weather Forecaster Award goes to Homer Suggs, who said on the air, ‘Hurricane Irma is one nasty and destructive babe, and we don’t know where she’s going.’ This earned Homer the censure of his colleagues (the anchor when Homer said this looked like she had just swallowed a handful of carpet tacks). But it has earned him our respect and appreciation, along with this award.”

The Nuts & Bolts Of A Birthday Party: While visiting son Eric, his wife, Leslie, and grandson, Luke, last week in Asheville, NC, we watched in bewilderment as six-year-old Luke unwrapped one of the most unusual birthday gifts we’ve ever seen a kid receive – two one-inch screws, two one-inch nuts, two one-inch washers, and one one-inch zinc coated coupling bolt.

This wasn’t a joke gift, but exactly what Luke had requested. To say he was thrilled as he unwrapped the prized hardware would be an understatement. He gleefully added it to his growing stash of such stuff. In fact since Lowe’s and Home Depot didn’t have this kind of heavy duty equipment son, Eric, had to purchase it from a wholesaler who deals directly with construction firms. When Eric responded to the store employee’s question of why he needed these particular items, the startled clerk provided a healthy discount in admiration of the little lad’s interest in such things.

Luke’s frequent trips to Lowe’s and Home Depot with dad prompted the little guy to corner store employees and question them about the various hardware available, asking what they were, and how they worked. Store employees patiently explained the screws, nuts, bolts and their purposes to Luke, sparking an almost fanatical and ongoing curiosity.

Show and Tell at Luke’s new school should be interesting.

Our gifts of new school clothes were greeted with muted enthusiasm but the wooden baseball bat, baseball glove, and a bucket of baseballs were unwrapped with gusto and quickly put to use.

This kid is going to be well rounded.

A Deep & Deadly Development: Dene Stovall, a reader from Austin, Texas, tells me that she thinks the remains of legendary Crane Island recluse, Sarah Alice Broadbent, may be at the bottom of a well on property currently being developed for housing.

Ms. Broadbent, who was born in the 1880s and lived reclusively on Crane Island following the death of her English-born father in 1921, came to downtown Fernandina Beach only for supplies she couldn’t obtain otherwise, carried a shotgun wherever she went, and chased many an interloper off her property with it.

It is reported that she died when her house caught fire on November 1952 but no identifiable remains were ever found.

Dene thinks the 72-year-old Ms. Broadbent climbed down a ladder in her well to obtain water to extinguish the fire, fell and drowned.

According to Dene, the developer said he was going to leave the well as is while Dene thinks a headstone would be appropriate.

I agree a marker of some sort would be appropriate and would add a degree of mystery and historic intrigue to the new development, helping explain the island’s past.

The Good Times Are Here: In his book “Homo Deus, A Brief History of Tomorrow”, Israeli author Yuval Noah Harari, says things couldn’t be better in this world. He begins by telling readers that famine and plague, two historical scourges, are fast disappearing, and a third, war, is no longer routine statecraft. He says for the first time in history more people die of eating too much rather than eating too little. He says more folks succumb to ailments of old age than to infectious disease. And victims of all kinds of violence, are as a percentages of population, at historic lows in most places. However, he says we need to worry about the future as he thinks most of humanity will be made redundant by artificial intelligence and robots and the world will be ruled by a rich elite – Homo dues. He says the book is food for thought about what might be and his “mad scientist” prediction could blow up in the lab.

Speaking Of Things Blowing Up: The sad sack NFL Jacksonville Jaguars (OK, so they won a game. So what?) set records before the season even started. The Thursday night, August 17 exhibition game against the Tampa Bay Bucs earned ESPN a dismal 1.6 rating, the lowest preseason number in 12 years says Sports Media Watch. It was also reported that the game was the least watched preseason contest in more than a decade.

Things I Didn’t Know: Every year more than 100,000 people world-wide are killed by snake bites and about 400,000 undergo limb amputations or are otherwise disabled according to the World Health Organization. The Wall Street Journal says the numbers may be much higher because many poisonous snakebites go unreported.

I looked all over the south for a place to escape the harsh northern winters. I very much liked Mississippi. My wife and I spent a number of nights in Natchez which we loved for it’s architecture and past glory. Did you know it was at one time the wealthiest city in America. I almost bought a beautiful old home there during the crash for pennies on the dollar. The sad thing about Natchez is folks have abandon the downtown like so many others you go through in the rural south and rust belt. A shame really as it is a special place. Sort of the polar opposite of the vibrancy you get in Fernandina. So we didn’t buy the house and we landed here. I think it was the right decision.

Didn’t Billy Joe Macahlister jump off the Tallahachie Bridge? Important historical information for folks that have not heard of Billy Joe.

Sounds like a “Charles Kuralt” type trip to me. Always backroads, interesting people and scenic travels. Wife Annie and I returned from a month on the road to Montana, Wyoming and Yellowstone usually on roads less traveled. We returned Labor Day night a few days before nasty Irma wounded our island but NOT our spirit. Welcome home!

Pontotoc and New Albany, MS? You were in my old neck of the woods. My mom’s family is from all over that area. My aunt lives in Corinth, if you went thru there. Also you were really close to the Shiloh civil war battlefield. Make that a stop next time thru there. One of the bloodiest battles of the war.

Great traveling tales Dave. We also went to Asheville and back using only county and state roads. Wonderful trip and we discovered that Asheville may well be the “dog friendliest” town we have ever visited and our 3 four-legged kids were quite happy.

I would like to add that those who did stay behind – and began publicly ranting and raving about not having power for a few days on Facebook – are probably the same ones you saw drinking heavily in celebration as a CAT 4/5 hurricane began bearing down on the state.

Most folks I talked to who did stay behind said they regretted the decision as the freight trains started blowing through, some even used the word terrifying to describe how it felt. Doesn’t sound like much of a party to me?

Great description of my journey through Georgia and South Carolina on route 25 up to Greenville, SC for the duration. I would beg to differ on one item, however. Facebook. Specifically, Facebook Live. My brother in central Florida lost power early on Sunday but still had cell coverage. He texted me, I picked up a live feed from an Orlando TV station on Facebook live and via text, was able to keep him informed through what was a very difficult night for him. Of course I also used it to track live feeds from Jacksonville throughout the event. Helped me keep what’s left of my sanity!

Your trip into the back roads of the south and the friendly folks you met bring back a ton of memories to me.As a traveling salesman in the south the folks were the same back then as you found them today.Real down to earth people that made you feel welcome and meant it.And oh yes the meat and three cafes sounds like they are still the best lunch stops for sure.Even though it’s been fifty years since I had these experiences they are still vivid memories.No disrespect to others, but southerners are truly the best folks on earth.Thanks for the trip down memory lane.

Dave, what took you so long to figure out Facebook? I think your description of what happens on it is actually part of their mission statement. Personally, I go there for news from family and friends, and to find out what my fellow model railroaders are up to. Oh, and the memes. Those are usually pretty good (I learned just recently, for instance, that President Obama was actually born in the Gamma Quadrant.)

Carol Ann Atwood.
So glad you evacuated so you have these delightful stories to tell of our wonderful rural America. Real people with their own stories to share.
DELIGHTFUL 😊😊😊😊😊😊

Welcome Back Dave. I’m surprised we didn’t bump into each other as we also headed west to Dothan, AL and then Waynesboro/Hattiesburg MS! And yes, we too took the country roads for a much more enjoyable road trip. The friendliness and hospitality of everyone we met was, at times, almost overwhelming. At Blue Springs State Park in Clio, AL, ladies from the local bank found out about the evacuees from Florida on Friday morning. By that evening they arrived and fed dinner to all of the campers. Not content with that, they returned the following day and fed us lunch and dinner. In that short space of time, they also managed to get donations of diapers, wipes, canned foods, bug spray, paper goods, toiletries, bottled water, snack food, etc from the local community. I cannot begin to express our heartfelt gratitude for their thoughtfulness and desire to make us feel welcome.