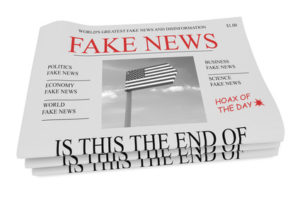 This blog will take an extended Spring Break to complete the next issue of the Amelia Island News Wrecker, which will be on the streets starting during Shrimp Festival May 3,4,5 if all goes as planned.

The blog will resume May 10.

If the Wrecker doesn’t come out on the first day of Shrimp Festival, then so what, it’s the News Wrecker after all, and nothing about it is precise or accurate.

And speaking of irresponsible and phony baloney newspapers it’s become extraordinarily obvious that the local News-Leader has abandoned all pretenses of being an objective news gathering and reporting source. 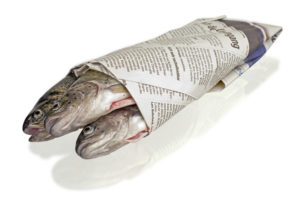 The Wednesday, April 3 edition of the News-Leader hosted a front-page story about the controversial Citrona Drive, Amelia Bluff housing development that is under fire by two hard-core liberal City Commissioners and island anti-development tree-huggers despite the fact the project was earlier approved by the City of Fernandina Beach. The vocal liberal crowd wants it stopped now, despite the fact city permits  have been issued, houses sold, and its investors have pumped some $2.5 million into it.

Misguided, irrational, liberal and uncompromising Commissioners Chip Ross and Mike Lednovich, who have allied with crazed conservationists, don’t care. “So what if it costs city property owners millions of dollars in their tax money, shut up and pay up,” they say.

Weintraub, who is not even a News-Leader employee, is a fanatical unhinged liberal, who on Facebook publicly threatened to shoot me and my wife because of a yard sign we planted in our yard following the November 2016 election to celebrate Donald Trump’s victory. The police were called and visited this irate, irrational lefty alerting him to the fact that public threats of that sort are ill-advised.

“Bullet Bob”, who lived in a rental next door to me at the time, has since moved on to terrorize another area neighborhood. The police report and Facebook postings are available for anyone to read if they want. 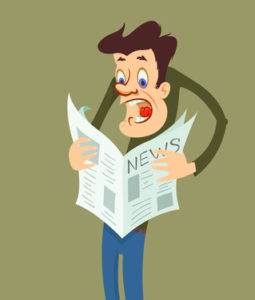 Weintraub is not only the co-author of the biased News-Leader article but was one of the most vocal local opponents of the project at the March 19 Commission meeting. The co-author, Davis, penned a front-page (Yes, front page) editorial March 15, blasting the developers and the development. Yep, these are two impartial reporters!

It’s obvious that objective reporting is not high on the agenda of the owners of the News-Leader and that its Publisher, Foy Maloy, is asleep at the wheel. Maloy once told me he had no newsroom experience and that he has always been in the advertising and administrative side of the publishing business. It shows. His paper stinks.

The city has already slowed the developer down by issuing a “stop work” order. If the Commission votes to renege on the deal it signed with the developer it opens itself up to litigation it is unlikely to win according to legal folks I’ve talked to about it. Operating with city approval and signed permits, the developer installed water and sewer infrastructure, curbs, streets, and has contracts on seven of the 30 planned $600,000-$700,000 priced homes. In addition, five acres of the property the developer purchased from the Nassau County School Board have been donated to the city as wetlands. The developer has also agreed to pay $115,000 to the city for conservation purposes upon final plat approval. On their own initiative and at no cost to tax payers the developers also paved a sidewalk for the across the street high school because they thought it was the right thing to do.

Even local attorney, Clinch Kavanaugh, a vocal liberal and life-long resident of Fernandina, spoke directly to Commissioner Ross at the May 19 session telling him that failure to approve the development would result in costly litigation that the city would likely lose.

With Commissioners like Chip “Sue their pants off” Ross and lefty California transplant and 16-month resident Lednovich, the city’s tax-paying residents need the other three commissioners to vote to ensure City Hall doesn’t become an ATM for litigants and a sanctuary for misguided left-wing initiatives run by venomous and hysterical folks dedicated to foolishness, arrogance and failure. 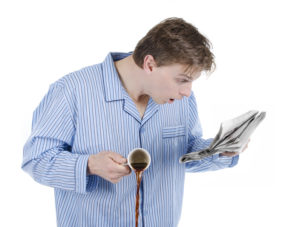 Wrecking The News: The next issue of the annual Amelia Island News-Wrecker will be available in restaurants, bars, and shops on and around Amelia Island starting May 2, the day of the Shrimp Festival parade. This is the fifth consecutive year the News-Wrecker has been misinforming Nassau County residents.

Some of the stories the Wrecker is covering that have been ignored by the “main stream” media include the caravans of illegal Canadian immigrants headed for this country’s northern border; coyotes being approved by county commissioners as service animals, and Fort Clinch re-enactors accidently reigniting the Civil War.

Things I Wish I’d Said: “The most remarkable thing about my mother is that for thirty years she served the family nothing but leftovers. The original meal has never been found.”  — Calvin Trillin

Reasoning About Irrationality: I don’t know who came up with this scenario that was sent to me recently by an island friend, but it’s hard not to nod in agreement and chuckle while reading it:

When one tries to “reason” with a lefty Democrat, remember you are dealing with a person that believes that a man can be a woman and a woman can be a man and that such a delusion should be encouraged, not discouraged. Discouragement of the delusion is considered immoral and bigoted. Thus our society has unnecessary dilemmas concerning bathrooms, athletic competition at all levels, and “pronoun” controversies subjecting ourselves to all manner of laws, rules, regulation and more needless government control.

So here’s a suggestion to break the left’s ridiculous gender ideology and denial of biological reality:

President Trump should make a declaration that he is identifying as a woman. The left will have to admit the absurdity of their gender ideology or accept and celebrate “Donna Trump” as the first woman President, thus beating Hillary, Liz Warren, Amy Klobuchar, Kamala Harris, Kirsten Gillibrand, etc. to the glorious goal of one of their “female firsts”.  Furthermore, if he remains married to Melania he will also be the first gay president and the first lesbian president. He will also be the first lesbian president married to an immigrant!

What a glorious event for the Democrats to celebrate.

Dave, how refreshing. I used to think that TAmpa was the only place coming unhinged. Boyd

I heard Newsleader makes all it’s money charging Walmart and Ace hardware and CVs to send all those flyres and all they need “editorials “ for is to get a good post office rate. Makes sense.

By the way, back in the early 80’s we called the News Leader the Mullet Wrapper because it was only good for wrapping fish.
Yes, I agree with you, although I believe in saving our wildlife on this island. The mistake by the City has been made and it does not make sense to pay excessive legal fees to fight Amelia Bluff. We have had enought lawsuits in this City.

Dave….Wondering if you saw my article in the News Leader on Yogi Berra in last weeks paper?

You shoudda saved Donna for the News Wrecker.

I think you should Tweet President Trump with your novel suggestion solving a silly problem that causes strife for many segments of the country. Quick and easy solution.