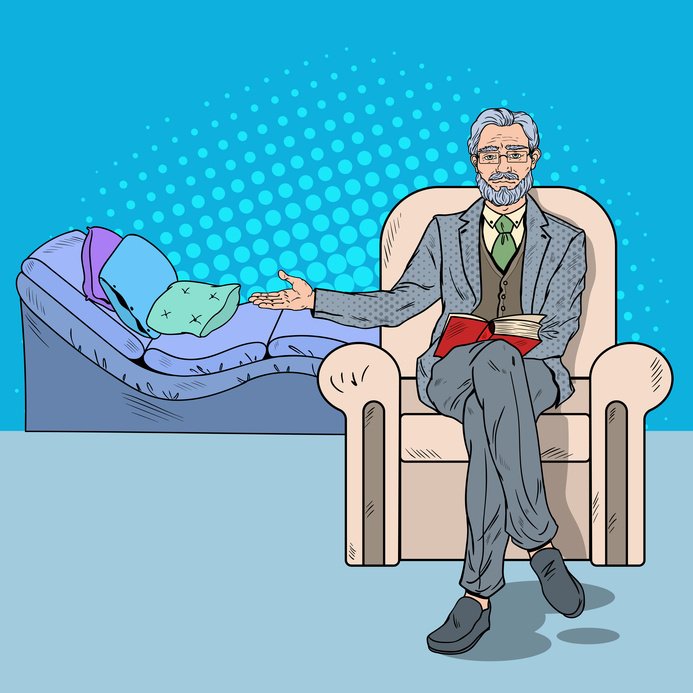 But since the November 2016 presidential election something happened to many of my liberal pals. They snapped. Their Facebook postings went from photos of family vacations, their kid’s educational, sports and job milestones, boasting about their alma mater’s football teams, and recommendations on books and movies to constant anti-Trump outbursts.

Prior to the election many of these liberal folks were infrequent pusillanimous pussyfooters promoting partisan programs. But now they continuously lash out. All I see from them are anti-Trump rants. They no longer post the traditional mind-numbing pictures of their dogs and cats, what they’re about to eat for lunch, or 50-year-old high school “look at me, look at me” photos.

Their current posts consist of pure partisanship and alarmism. They make frantic anti-Trump statements and provide links to magazine and newspaper articles as well as vituperative video clips that they say support their furious sentiments.

In the course of one day, November 8, 2016, their lives went from the tranquil “It’s a Wonderful Life” Bedford Falls to a nightmarish “Pottersville” or one of Dante’s circles of hell.  Taking their cue from the media and D.C. pundits, they predicted the collapse of the stock market, nuclear war, massive unemployment and worse unless Trump is declared insane and removed from office.

The Internet and social media have given these “Resistance” followers a collective escape from their perceived reality into fantasy.

For example, following the tragic shooting deaths of 14 students and three teachers in south Florida many of these people, who I’ve always considered intelligent and reasonable, posted comments actually blaming the Republican party and the NRA for the appalling killings. They’re no longer burdened by any obligation to offer a coherent thought. Nowhere in their comments can I find anything to stimulate intellectual curiosity, critical thinking or healthy dialogue.

I’ve also noticed that the comments posted about their outraged observations are almost always from the same handful of like-minded readers, so the posts take on the appearance of small online group-therapy sessions. Unlike group therapy, however, dissenters are unanimously mocked by the person posting as well as the author’s ardent followers. They are set upon like scraps of bait discarded in shark infested waters. 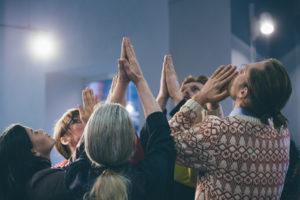 And, as far as I can tell, they don’t have any influence on anything or anyone. In the past year or more I have yet to see a single person comment that their mind has been changed or that a fact has been provided by these anguished Facebook posters that caused them to rethink an opposing political position or shift their ideology. Despite their evangelical fire and brimstone approach, the objective doesn’t appear to be converting conservatives, but rather to generate “Halleluiahs” among their choir of believers.

Having an enemy is a powerful motivator, so maybe they think their public hatred of President Trump is enlightening and entertaining. But it obviously isn’t having an impact. So what’s the purpose?

Two of these friends are former newspaper reporters and editors who should know better, and guys I’ve known for almost 30 years. Others include a retired medical doctor, a college administrator and a corporate executive. It’s a mix of guys and gals. These are not dim people. However, they’re obsessed, frustrated, angry and very unhappy, not the demeanor of the folks I recall.

Wouldn’t it be better  to use logic, evidence, facts and substantive arguments to prove that their opinions are correct?

There is nothing wrong with partisanship, but it becomes a problem when groups view each other as enemies and threats. Any sense of humor long ago departed for the exit. And that’s what I’m seeing from a handful of people who I once considered reasoned and balanced despite our political differences. Sad.

Things I Wish I’d Said: “He has no enemies, but is intensely disliked by his friends.” – Oscar Wilde.

Crowded Out: Ten years ago, HHS Secretary Michael Leavitt warned that Medicaid costs were projected to grow so fast that within 10 years they would “crowd out virtually every other category of spending.” These days, Medicaid and public-employee health and retirement costs consume about one out of every five tax dollars collected by state and local governments, The Wall Street Journal reports. “The more we stare at the data, the more we realize all roads lead back to Medicaid and pensions,” said one expert. Source: The Georgia Public Policy Foundation.

Is Trump A Corporate Turnaround Expert? Friend Benita Dodd, former editorial page columnist for the Atlanta Journal-Constitution, and now Vice President of the Georgia Public Policy Foundation, recently shared the following thought provoking commentary from one of her trusted friends who prefers to remain anonymous. I thought it was worth repeating. She and her friend said OK, so here it is:

“I am amused that the greater the effort to show up Trump as ignorant, the more it shows (for those who pay attention) the ignorance of our elected politicians. Trump is more like a corporate takeover. For example, think of the US Government as more like Sears, a great American institution that has lost its way through poor guidance. And every time Trump tries to change something, there is a chorus of we don’t do things that way and how stupid are you.

Unfortunately both Republican and Democratic leadership have lost their way. It is perhaps a little easier to see with the Democrats. Virtually all leadership is geriatric, been there for decades, know how to work the system for their own short-term benefit, but not to head the country in the right long-term direction, and solve every problem with more regulations (which then create more problems to solve and more opportunities to shake down political contributions).

Perhaps Trump had to be from NYC to have gained the necessary experience in dealing with these people, all his life, to make his projects happen. Our fine elite politicians have virtually no understanding of international economics or running a business, or day to day American survival. I am beginning to doubt that they even understand the constitution and the rights of the people they pretend to govern. Their real expertise is in promoting themselves, and how to raise millions in contributions to get reelected. Thus this country’s political leadership has become similar to a mafia-like organization, their real product is selling “protection” to businesses against the new laws they keep proposing, so they can fund their reelections (meanwhile spinning this to the general public how they help them). Put this perspective on the continuing tweets from Trump and press responses to them, and it is quite a show of ignorance by the hard core politicians.”

Read All About It: Local Amelia Island friend and former St. Petersburg, FL  resident Tom Yankus provided me a copy of the Tampa Bay Times that listed its annual subscription price as $312. The dreadful Jacksonville Jaguar newsletter, Florida Times-Union, is priced at double that for a thinner, poorly edited newspaper that has, in my opinion, possibly two years of life left.

Speaking Of Newspapers: This blog will take a break until the end of April while we finish preparing the next issue of the Amelia Island News Wrecker, that will hopefully be printed and distributed the week of Shrimp Festival. However, the Fat Men from Space have been hovering around local eateries preparing their final round of hamburger reviews and may prompt a special blog on their reports if they arrive in time as might an interesting trip in a houseboat on the St.Johns River.

Well said. I wish all those who said they would leave the US if Trump was elected would follow through.

They can’t. Canada (and many other nations) will let you visit, but you are not permitted to stay permanently unless you have a high-demand skill or trade.

My animal instincts tell me that the donkeys keep proving over and over again that elephants are the smarter animal.

Whoa, Dave,good one! That “pulsillanimous pussyfooters promoting partisan programs” is in the fine literary tradition of Spiro Agnew and his “nattering nabobs of negativism”. Loved that. I was in the market early today buying industrials on the latest collapse resulting from Trump’s additional $100 B in tariffs. Expect Larry Kudlow and Steve Mnuchin smoothing things out this weekend. Best good guy/bad guy act I have ever seen! Go long the US and short China.

Encouraging the libs to get factual reminds one of Mark Twain’s comment, “get your facts first and then you can distort them as much as you please.”

It is a shame how the dems have responded to Hillary’s loss.It has divided friends and families for sure who knows how long closure is away. She is not helping the situation either with her constant blaming her loss on ridiculous causes. She is becoming a sympathetic crybaby and it wearing very thin.

About time we get a hamburger update!!

Visiting FB thee days is like visiting the inmates in padded cells at the nut house.

Great repot on the constant “trash talk ” by disgruntled folks who have no idea about dialogue and engaging conversation. ” No facts ladies just the falsehoods”

Too true! I had a friend on FB, who the morning after the election in 2016 posted “If you didn’t vote for Hillary, please unfriend me”. If you’re that small minded – I’m happy to oblige!