Florida: Best State Ever Or The Funniest?

(The blog will take a two-week spring break beginning next week to enjoy a visit with our visiting son, daughter-in-law and grandson and work on the upcoming issue of the Amelia island News-Wrecker to be distributed Thursday, May 4. We’ll be back April 27.)

Sitting on the back porch in a pair of shorts, drinking a cold beer, reading a book, and looking up occasionally to watch TV reports of people up north scraping ice off their car windshields reminded me how fortunate I am to be living on Amelia Island, Florida.

My Canadian parents, seeing pictures in National Geographic of happy people in Florida eating smoked mullet, decided to abandon the thrill of curling, gourmet plates of poutine and winters that extended from January 1 to December 31. They packed me, my older brother and enough Black Diamond cheddar cheese to last a couple of months, and headed south, a decision that I consider my inheritance.

I mention this because humorist Dave Barry, a transplant from upstate New York, has a new laugh-out-loud book called “Best State Ever, a Florida Man Defends His Homeland.”

Barry, who lives in Miami, details in his uproariously funny style, why people move here, why they stay, and why the state motto should be: “It may be hot, but it’s never boring.”

In the Introduction he cites the weather as possibly the most positive factor saying: “Any day of the week I could walk out my front door naked and be perfectly physically comfortable until the police tasered me. Granted, sometimes in the summer (defined as June through the following June) it gets a little too warm down here, but too warm beats the hell out of too cold. Too cold means if you stay outside too long, you will die. Too warm means you might have to have another beer.”

He writes about how much fun it is watching the weather reports from up north too adding: “Sometimes we get so emotional watching it even at 7 a.m. that we have to have ourselves another beer.”

In addition to Florida’s weather he points out there are several other reasons that our state is attractive including: “low taxes, the hotness of its women, not being boring, and Disney World.” Barry explains how in just over two hours we can drive from Amelia Island to stand in line for four hours to get into Space Mountain.

He also points out, much to the embarrassment of the rather dim folks we sent to our state capital of Tallahassee, how in 2015 the state marketing corporation, Visit Florida, named Pitbull as a “Florida ambassador” in which capacity he represented our state.

Perhaps Barry’s hysterical expose of this snafu was one of the reasons Governor Rick Scott fired Visit Florida’s management and the state legislature is considering axing this entire group of ninnyhammers.

And this is just in the beginning of the book. As you read on you’ll discover with Dave the legendary skunk ape; mermaids at Weekie Watchee Springs and my favorite — a visit to Cassadaga, the Psychic Capital of the World (just three hour drive south of Amelia Island and no waiting in line).

Two of the funniest chapters in the book are his description of The Villages and a trip with a pal to Key West.

I promise you that there’s a laugh on almost every page of this hilarious book, and at the end you’ll find yourself wishing it was longer.

If you got the blues or just a cold then this book is the cure.

Speaking Of Florida: Illegal aliens cost Florida households headed up by a U.S. citizen almost $981 per year but that figure is most certainly much higher by now.

The Foundation for American Immigration Reform (FAIRUS.org) says there are 820,000 illegal aliens living in Florida and that they cost Florida tax payers $5.5 billion in 2010 at last count.

And forget those who claim these people pay their share of taxes. They don’t says FAIRUS. They only paid in $261 million in taxes collected by the state, leaving $5.2 billion for the tax payer to pick up.

That comes to $3.34 billion in education; $660 million in health care; $317 million in public assistance; and $568 million in general government services.

But relief may be in sight as illegal border crossing from Mexico have fallen 36 percent since February from the year before. Crossings also fell between January and February, when they normally increase as the weather gets warmer.

While open border advocates say illegal “immigration” is inevitable, February figures indicate otherwise showing that the flow of illegals is responding to incentives and that enforcement works. If the Great Southern Wall is eventually built the state-by-state savings to tax payers will be enormous.

Local Political Rumors: Two Fernandina Beach City Commission seats are up this coming November 7 that are currently occupied by Tim Poynter and Robin Lentz, two of the most level-headed, competent, intelligent folks to ever serve the community. It’s difficult enough to find qualified people to run for an office that pays a lousy 12 grand a year and all the abuse they can handle. Unconfirmed rumors have it that Tim will be opposed by former commissioner, News-Leader left wing columnist, and retired high school indoctrination coordinator Ron “Get off my lawn you little bastards” Sapp, and Robin by former commissioner Sarah Pelican, a member of the Curly, Larry and Moe trio that caused so much havoc in a previous term. Putting Mr. Sapp and Ms. Pelican back on the commission would be like electing two children who put their hands over their ears because they don’t want to listen to Mother. To discuss issues with these two possible candidates voters can practice by holding conversations with five-year-olds.

Keep Your Distance From This Protestor: One of the organizers of ‘the recent women’s march is fighting deportation from America because she lied about having been convicted of terrorism, it has emerged.

In an open letter printed in The Guardian, several authors including ‘Rasmea Yousef Odeh’ called on women across the US to take part in ‘striking, marching, blocking roads’ and other activities in a day of ‘grassroots, anti-capitalist feminism’.

But what the letter doesn’t say is that Odeh, 69, was convicted of killing two young men after bombing an Israeli supermarket and now faces deportation from the US for lying about it in her citizenship application. Read more: http://www.dailymail.co.uk/news/article-4261654/Illegal-immigrant-terrorist-organize-women-s-strike.html#ixzz4ZuXMgjg0 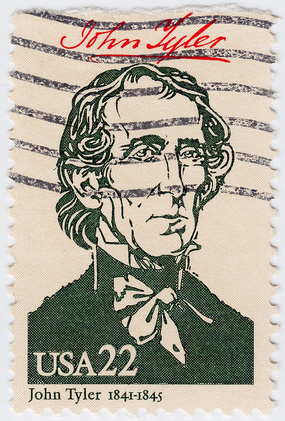 Your Grandfather Is Who? Out 10th President, John Tyler, who was born in 1790 and took office in 1841 following the death of President William Henry Harrison, has two grandchildren who are still living….NOT great grandchildren, BUT grandchildren. Their father was Tyler’s son Lyon Gardiner Tyler, one of President Tyler’s 15 kids, who was born in 1853. He fathered Lyon Gardiner Tyler, Jr. in 1924 and Harrison Ruffin Tyler in 1928. Harrison Tyler was interviewed by New York Magazine in 2012 and Lyon Tyler was a guest speaker not too long ago at a Daughters of the American Revolution meeting. Also, an interesting piece of history that many may not know about President Tyler is that he was “the only president to commit a public act of treason against the U.S. government.” According to “The Smithsonian Book of Presidential History”: “As president in the early 1840s, Tyler, who was a native Virginian, supported many policies his party did not — states rights and slavery, to name two. Sixteen years after leaving office, when civil war seemed inevitable, Tyler chaired a peace conference between representatives from the North and South with the goal of keeping the Union intact. When the peace efforts he spearheaded failed, Tyler embraced the Confederacy and urged fellow Virginians to join him. He was eventually elected to the Confederate Congress, which was officially at war with the country he once served.” Actually, Tyler died before he had a chance to take a seat in the Confederate Congress. Interesting stuff, I think.

Drinking, Dining & Dancing: Last week, when listing area pubs with cheap beer prices I failed to mention that the Salty Pelican has all-day $2 Narragansett tall boys. However, the best deal at the Pelican isn’t the two buck beer, but the $8 for a half pound of peel-and-eat shrimp. I’ve been to every eatery on the island and nearby that offer peel-and-eat shrimp and not one compares to the Pelican’s price or plumpness. Halftime’s Lorenzo Church recently introduced me to an All-Day IPA, that comes in a green 19 1/2 ounce can and sells for just $4 all day, every day. If you like boats, the water, gorgeous sunsets, a few yuks, good music and fun company, then check out Amelia River Cruises‘ Friday and Saturday sunset cruises starting at 6:30 p.m. with wacky Captain Pajamadave Voorhees at the helm. The two-hour boat ride features live music, gorgeous views of Amelia and Cumberland Islands, and a fun crowd of folks. Bring your own beverage of choice and food if you want but call ’em at 904/261-9972 or go to www.ameliarivercruises.com as reservations are recommended. If you don’t have a good time with this crew you need professional help. I had a personal tour of the under construction Sandbar & Kitchen the new restaurant and bar that will take over the space once occupied by Sandy Bottoms on Main Beach Michelle Seder, one of three partners in the new ocean-front enterprise, showed me around the building that has been gutted and will feature an outdoor bar facing the ocean, an entirely new indoor arrangement with open serving windows, a beach area with picnic tables and a very unique “Under the Boardwalk” type design. Folks, this will be one very popular, wait-in-line venue that is expected to open sometime this spring or very early summer.

You can’t keep a funny Dave down!!

Dave! Glad to see you have been introduced to IPAs. And you are spot on concerning Dave Barry’s book.

Only way to reduce “illegal cost” is to export and close the gates to our country either through legal enforcement or ?????????
Enjoy spring break with the family.