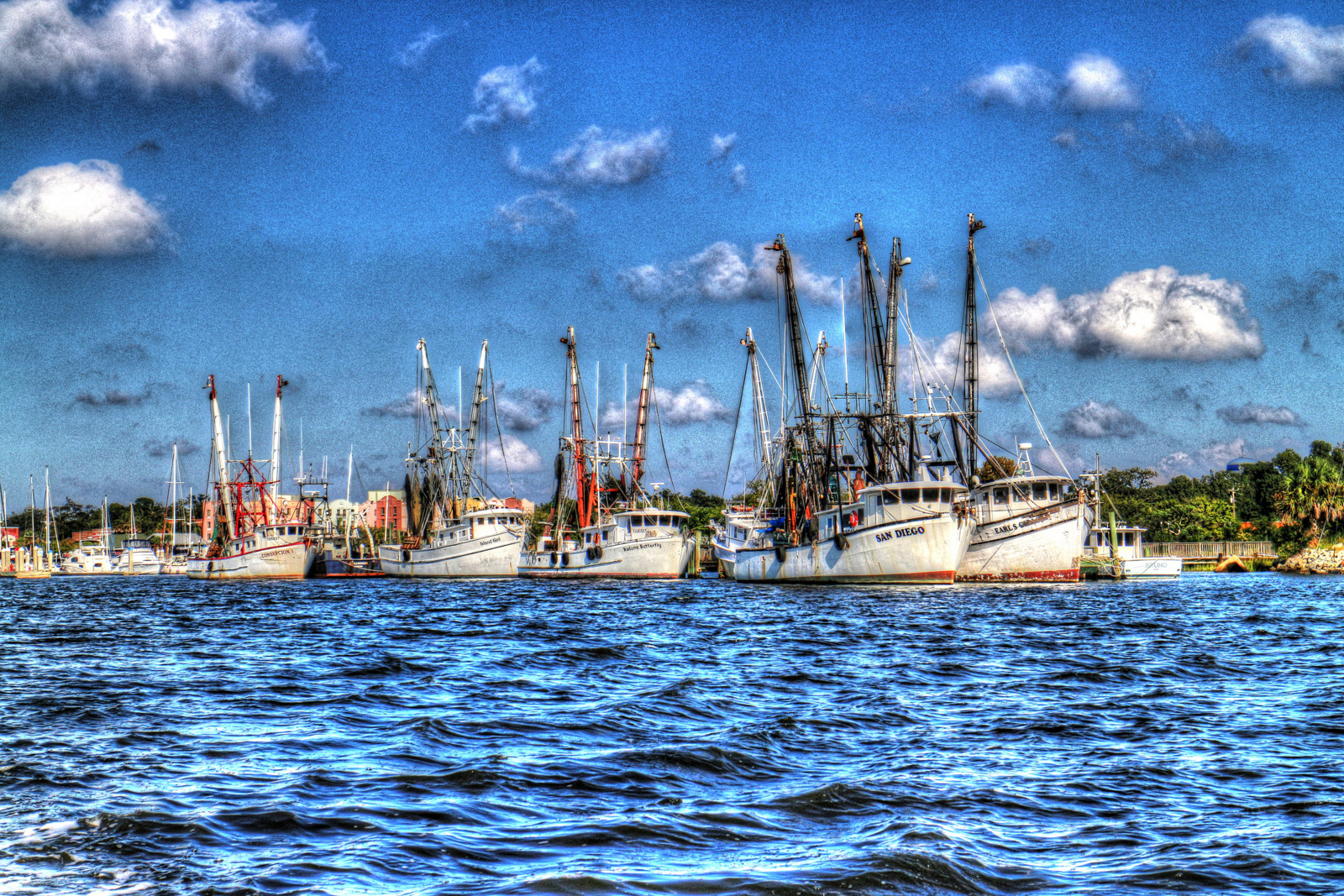 The June 2015 issue of Consumer Reports contains a revealing seven-page special report confirming what most of us living on or near Amelia Island already know about the delights of eating fresh wild-caught shrimp and the dangers and foulness of the imported and farm raised rubbish.

The magazine’s staffers concluded that “when it comes to safety, U.S. wild caught shrimp is our top choice.” They confirmed something else we already know, and that is “shrimp connoisseurs, from celebrity chefs to seasoned shrimpers claim to detect a striking difference between wild and farmed shrimp, and there’s some science to prove their claims.” It’s what they called the “briny, ocean-like flavor.”

“Our tests suggest that wild caught shrimp from U.S. waters may be worth the higher price,” says the magazine. “Of all the shrimp we tested, they were among the least likely to harbor any kind of bacteria or contain chemicals.”

Oh, and if a seller tells you the shrimp he’s peddling are organic, he’s lying. According to CR there is no such thing as organic standards for shrimp or any other seafood.

In a nutshell our locally caught shrimp is incredibly tasty, healthy and the imported crap is not only not that tasty but is chock full of chemicals and bacteria that could make you sick and even kill you. Hey mom, you might want consider this when shopping for the family this afternoon. Why play Russian roulette with grocery chain bought garbage at the dinner table when you can buy the healthy, nutritious, locally caught real thing.

What I didn’t know until reading this expose was that 94 percent of all shrimp consumed in the United States comes from overseas, most of it raised in huge industrial tanks or shallow man-made ponds that can stretch for acres and are full of fecal matter and chemicals. Yummy!

Officials at CR tested raw, fresh, cooked and frozen imported shrimp and found what they called a “cause for concern” in all of them. The shopping, testing and tasting work done by CR uncovered bacteria that can cause illnesses such as food poisoning including diarrhea, dehydration and “in rare instances, can even prove fatal.”

The results of the raw shrimp tested would make anyone who ever considered buying imported shrimp quickly abandon that thought as the 284 samples they purchased around the country contained at least one of the following bacteria: vibrio, staphylococcus aureus, E. coli, listeria, or salmonella. Forget about buying the stuff.  After reading this I don’t even want to be in the same room with it. Countries that made CR’s list of shrimp importers to shun were topped by Bangladesh with 83 percent of their farm raised shrimp containing bacteria; India, 74 percent; Indonesia, 69 percent; Ecuador, 61 percent; Vietnam, 58 percent, and Thailand, 42 percent. Even if its precooked these imported deadly decapods can contain sickeningly deadly bacteria.

And you don’t even have to eat this vile, toxic imported garbage to get sick. In addition to the bacteria, imported and farm raised shrimp are stuffed full of, one or more antibiotics that can result in shrimp with antibiotic-resistant bacteria that can be transferred to humans through the preparation process, including one called MRSA that can get on your skin causing serious skin and blood infections that can sometimes be fatal.

I went to our local grocery stores and peered into the seafood counters and saw, much to my dismay, shrimp displayed with signs saying Bangladesh, Indonesia, Thailand, etc. I also noticed that the three major grocery stores on the island do place signs in their seafood departments advertising the locally caught shrimp.

So what’s the U.S. government doing about this mess? Just about nothing according to CR as it reports that the Food & Drug Administration (FDA) examines only 3.7 percent of the shrimp shipments coming into the country—and by “examined” they say, that may simply mean reading the shipping label, not actually testing the shrimp. In 2014 it says the FDA tested just 0.7 percent of foreign shrimp shipments. And the supermarkets? Not much more. The best thing they could do is get rid of all the imported deadly decapods. I think it would be front page news if one of the major chains announced that from now on it will sell nothing but locally caught shrimp. What say you Publix, Harris Teeter and Winn-Dixie?

I know that our locally owned restaurants buy and serve locally caught shrimp. I have no idea what the chains do as I never eat in them. But for those that do it might be interesting to ask where they get their shrimp.

After reading this I will never, ever buy shrimp anywhere else than from one of our local seafood outlets such as Atlantic Seafood at the Fernandina Beach Harbor, the downtown 7th Street Farmer’s Market, or one of our locally owned restaurants.

Our local shrimpers and their advocates should distribute copies of this well-researched report to as many area grocery stores and restaurants as possible. I’m surprised that the state and area media haven’t reported on it, and if they have, I haven’t seen it.

Speaking of Fishing: Not only does getting those locally wild caught shrimp from the ocean to the table take a lot of hard work and expense, but it is extremely dangerous. Bloomberg.com reports that the most dangerous job in the U.S. is commercial fishing, with an average of 132 deaths on the job per 1,000 workers between 2006 and 2013. Loggers were next on the list while oddly enough police officers came in 14th with 16 deaths per 1,000 workers.

Government Robbery: A North Carolina convenience store owner who defied the federal government’s demand to stop publicizing his case has been told the IRS will return the more than $107,000 it took from his bank account without ever charging him with a crime. The agency will not reimburse what Lyndon McLellan had to pay an accountant and the attorney he hired before the Institute for Justice took the case. Source: Cato Institute via Georgia Public Policy Foundation

Poverty Declared Winner In War On Poverty: Explaining why he opened the door to establishing diplomatic and trade relations with Cuba President Obama said: “If a program hasn’t worked for 50 years then it’s time to try something different.” Really? Then how about the war on poverty that the Democrats, beginning with Lyndon Johnson, have been waging for the past 50 years. Since LBJ announced his War on Poverty, $15 trillion has been squandered in fighting it and it appears that poverty won as after all this time, the percentage of people below the poverty line remains unchanged. Even illegal aliens who have absolutely no business being here are able to cash in as liberals use our tax money to buy their votes. If the money had not been blown on people unmotivated to help themselves and who don’t take responsibility for their own decisions, today the national debt might well be three trillion dollars instead of $18 trillion.

Liberal Math: “How is it that we are constantly being told that the funds for Social Security are fast running out, although those collecting the monthly checks are the very same people who funded the federal piggy bank? But we never hear that welfare is running on empty? So, how is it that people, who have done nothing to earn the money, including some who broke the law by sneaking into the U.S. in the first place, are never told that, like the rest of us, they will have to tighten their belts or even wait a few extra years before they can start collecting other people’s money? Also, why is it that whenever illegal aliens are under discussion, they are always referred to as ‘hard-working,’ but the term is never employed about those of us whose tax dollars are bestowed on them? ” — Burt Prelutsky.

Drinking, Dining & Dancing: I’m told that the new Beech Street Bar & Grill, the corner of Beech St. and South 8th Street will officially open Tuesday, June 2. And speaking of places on South 8th Street the best barbeque brisket I’ve eaten since Texas was had in the parking lot last Saturday at Kenny’s Underground Kitchen at 510 South 8th. Kenny Gilbert cooked 180 lbs of Pork Butts, 120 lbs Brisket, 80 lbs Half Chickens, 80 lbs Pulled Smoked Turkey, and120 lbs Spare Ribs and will keep the grill fired up every Saturday from 11 a.m. until it’s all gone. Do what I did and call ’em at 904/310-6374 to reserve yours and pick some up before 2 p.m. I have eaten brisket all over Texas and this is one of my favorites. Take it home, thick slice a big onion, toss some jalapenos and your favorite BBQ sauce on it, slap it between a bun, and eat it over the sink because this is chin dribbling great. Go to www.undergroundkitchen.com to check it out. This past Saturday during Memorial Day weekend, Townies Pizza had one of the most clever promotions I’ve seen in a long time. For members of the 21 and over crowd able to recite the Pledge of Allegiance they got a red, white and blue PBR on the house while the under 21 group snagged a root beer. Owner John Seifert is a good marketer, a patriot and a terrific pizza maker. Go see ’em at 819 T.J. Courson Road in front of the Walmart between South 8th and South 14th St. or call ’em at 904/277-4755 for delivery. Downtown’s Sounds on Centre will feature the Beech Street Blues Band, from 6-8 p.m. Friday, June 5.

Hay Dave, You know the war on poverty could have had a different out come if the politicians and Industrial / business people utilized the ‘Henry Ford School of Economics”. I’m sure you know this but my guess is some of your faithful don’t. Mr. Ford when Gearing-up to mass produce the Model T, needed people for production. He also wanted new customers for his product. He got both by increasing the wages he payed to new hires from $2.50/ day to $5.00/ day. All of a sudden, he had a brand new customer base for his cars. The rest is History. Do you think Mr. Ford was altruistic? I would suggest a living minimum wage for people would have a Huge Positive Domino effect on our National Economy, and decrease the welfare rolls. Do we think it’s o.k. to pay the Head barista at Starbucks $149.8 million dollars last year, Mr. Richard Kinder, $ One Billion Dollars for a days work, but have couples work two jobs each, just to put a roof over theirs families heads and something in their bellies. Then I have to suggest our values as a people are screwed up.

Dave, you make it sound as if Social Security is some kind of an entitlement. For the record, it is not. We pay into it, we collect out of it. It has at times been compared to a socialist program, which in many ways is true. WOW between that and Media-care we are right up there with Moscow. Fact is there is enough money in it to run now through about 2021. One of the problems with the program is someone keeps borrowing tons of money for stupid stuff like the Iraq War, tax cuts and other Federal programs. ( wonder who ). With respect to those Illegals who are here trying to collect, they are not. They pay into the system, many with false SS numbers. Over the past 10 years an estimated $ 100,000,000,000 , that would be 100 billion into a system they will never collect from. Thank you Mr & Mrs Hardworking or lazy illegals.

Wild-caught local shrimp are the best, no doubt. But banning imported shrimp that supply 94 per cent of the U.S. market demand would only make our own shrimp astronomically expensive. Let’s allow the ignorant and uninformed to keep their preference for imported shrimp so that we true seafood lovers can continue to enjoy the tastiest and healthiest local wild-caught variety at affordable prices.