Home » Blog » Island Issues » Can You Read, Write & Need A Job? $50K Plus Benefits Could Be Yours

Can You Read, Write & Need A Job? $50K Plus Benefits Could Be Yours 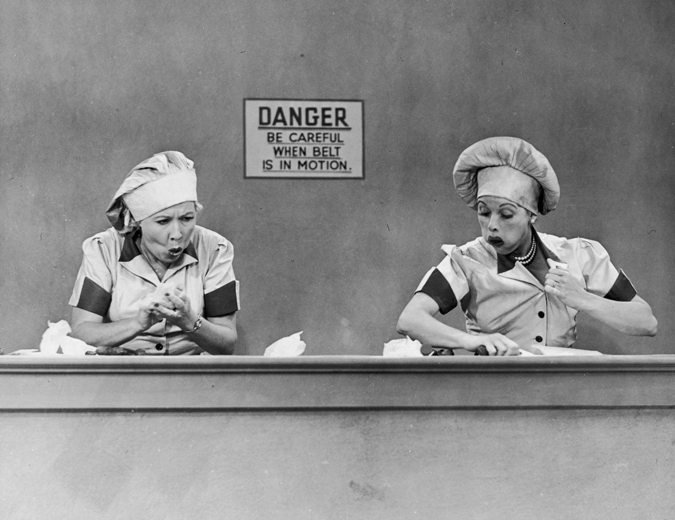 Flipping through the Fernandina Beach News-Leader last week a display ad in the Help Wanted Classified section jumped off the page and slapped me in the face.

The ad said that the RockTenn Fernandina Beach Mill is looking for folks to fill manufacturing operations positions there that require them to handle some simple physical requirements involving “rotating shifts that include weekends, heat, noise and working indoors and out.” They also would like those interested to have at least two years of proven job experience, a high school diploma or the equivalent (GED), as well as being able to demonstrate the “mechanical, numerical, and verbal aptitude to learn…”, which I interpret as meaning they must be able to  simultaneously tie their shoes and count to 10 out loud.

The ad says applicants who can “complete and submit a legible employment application” will earn (Are you sitting down?) between $40,000 to $50,000, receive health, life, dental and vision plans, a 401(K), be eligible for an employee assistance program, get paid holidays and a vacation package. The low end of this offer is $8,800 more than a New Mexico mental health counselor earns and $5,966 more than a Tennessee veterans employment representative receives while the high end salary is $1,643 more than a Wisconsin director of marketing and communications and $5,800 more than a South Carolina deputy sheriff are paid according to the statistics in last week’s annual “What People Earn” Parade Magazine survey.

The Nassau County Economic Development Board says the county’s current average annual wage is $33,746, so successful applicants starting at the mill’s advertised low end of $40,000 will be earning more money than most of the working population of the entire county.

Geez Louise, I read this ad a number of times to make sure I wasn’t missing anything, but essentially it says that if you can fill out a job application that the human resources folks at RockTenn can read, and you are able to figure out how to get from your residence to the mill, you have an opportunity to work for a company that ranks 291 on the Fortune 500 list, has vast advancement opportunities while living in a highly desirable resort location.

If I was a young man in my early twenties, wanted to live at the beach, take my girlfriend to nice dinners, live in a decent apartment, buy reliable transportation, and climb the corporate ladder, I’d be hanging off the gates of the North 8th Street mill at sunrise to be first in line to snag one of these jobs.

If you are willing to work hard, stay sober, have at least a high school education or its equilivent and are honest, the opportunity for a well-paying, successful career with ample benefits is low hanging fruit right here in your own back yard.

Let’s Not Do The Electric Slide: A proposal to set up a large inflatable, plug-in water slide on or near Main Beach was made recently to the Fernandina Beach City Commission, a concept that is being met with mixed feelings among residents and as redundant as bringing a date to your wedding. I’ve seen a photo of this thing and in my opinion the slide will not add to the esthetics of the breach front, in fact, just the opposite, and the entire idea is absurd. There is an ocean full of water at the beach that is free, doesn’t have to be plugged in or inflated, where kids can body surf, swim, play games among themselves, build sand castles, toss Frisbees, baseballs, footballs, play volleyball and other activities limited only by their imaginations, which they should be encouraged to exercise. I’m surprised that in today’s environment some techno loon didn’t suggest a special area where the kids can go stare at their phones for a fee.

Tattoos? I Just Don’t Get It: A lot of my friends and folks I like a lot have them, but I still don’t understand the appeal of tattoos and that’s probably because the only folks who sported them when I was a teen and in my twenties were grizzled seamen, former convicts and skid row winos, not comely young college coeds and professional and college basketball and football players. But no matter how intricate and artistic the design, nor how talented the inker, I still think that on a woman, nothing can compete with the original packaging.

Former Union Leader Confesses: “As a former union leader, I made maintaining union influence and power a greater priority than meeting the educational needs of parents and students. But seeing firsthand the positive impact that D.C.’s federally funded voucher program had on many families – especially those of color and limited means – compelled me to rethink my position.” – George Parker, former president, Washington Teachers Union. Source: Georgia Public Policy Foundation.

A Government Imposed 25% Cut In Take Home Pay: Here’s one example of how our fellow Floridians are being financially scalped by the loons in DC. Suppose, after taxes you take home $48,000 annually or $4,000 a month and your health insurance premium for you and your family is currently $1,000 monthly, leaving you with $3,000 to pay the mortgage, utilities, buy groceries, etc. but because of Obamacare your policy has been cancelled because the government has decided that it was “substandard” even though you liked it. And you are now looking at a $2,000 a month Obamacare premium thus reducing your discretionary income from $3,000 to $2,000 after paying for it. Sound drastic?  Well, it happened to a family I know here on the island and it’s going to happen to many more. Deduct 25 percent from your current monthly net income then look at your household budget and figure out what to cut. I’m betting you won’t be buying a new car, a washer or dryer, any home improvements or other such items. And junior may even have to take a look at the local junior college rather than those in Gainesville or Tallahassee. So here’s what’s happening.  Many middle class families are losing their insurance plans and rather than pay drastically more for policies they don’t want and can’t afford, are deciding to pay the government fines that will help underwrite insurance programs for those currently uninsured folks President Obama and House Minority Leader Nancy Pelosi say don’t want to work anyway so they “can pursue their passions.” Obama spokesman Jay Carney says Obamacare “allows families in America to make a decision about how they will work, and if they will work.” So, Mr. President, tell us again how this program is supposed to stimulate the economy and help the middle class? The people running this mess are the same folks who associate the term “government employee” with “competence,” “efficiency” and “fairness.” Good grief these people live in a world that is totally alien to anything I’ve ever experienced.

The Liberal’s Bad Medicine: If Obamacare doesn’t have enough problems, a family in Miami reported that one of their relatives believes the government program is responsible for implanting electronic chips in one of their clan’s teeth and cameras in his dog’s eyes so the feds can keep track of him. I don’t know if Obamacare covers the mental health issues that are obviously plaguing this fellow and his kin, but even if they had gone directly to former Health & Human Services Secretary Kathleen Sebelius for help, it wouldn’t have done much good as when this bumbling cabinet member was in Miami showing folks at a press event there how to sign up, the system crashed. If these government stumblebums can’t operate a web site they’ve been working on for almost four years I doubt they’d be very successful in programming the aforementioned fellow’s teeth or his dog’s eyes either. They appear to be conspicuously guilty of incompetence no matter what they do.

D.C. Not Worthy Of Redskins Name: OK, I concede that the Washington Redskins name should be changed to something more appropriate since this dreadful 3-13 squad does not deserve the distinction of being called “Redskins,” a proud name, symbolic of the red paint used by legendary, brave, honorable, and fierce Native American warriors who endured initiation rites as tough if not tougher than that of a Navy Seal. I’ve followed this team since they were coached by the legendary Vince Lombardi in 1969 and never thought I’d see such a wretched performance as that displayed this past season. Until they prove themselves worthy I suggest a new moniker appropriate to their city of residence until they turn things around so how about the Washington Weasels, in honor of the 537 elected losers we were dumb enough to send there?

It Stinks, But Beats Any Alternative: Harry Reid is a senator from Nevada, a state with just 2.7 million people of which only 362,785 voted for him in his last election, just 41,424 more than his opponent, yet he is one of the most powerful people in the U.S. Government with the ability to mold legislation to his liking or halt it completely if he wants. Essentially this nasty, raspy-voiced, dour, left-wing ideologue, who has made a questionable fortune while serving as an elected official and who represents a handful of desert dwellers and who calls American protesters “domestic terrorists,” runs rough shod as U.S. Senate Majority Leader. This dreary, miserable little man, who represents just 1/10 of one percent (.001) of the country’s voters, is responsible for the majority of decisions made in the U.S. Senate and his left-wing ideology is so far out there that my dog couldn’t find him if he was wrapped in bacon. But, this is our system folks, and despite flawed politicians like Reid and oblivious Nevada voters, it is better than the alternatives I’ve experienced in my global travels.

Drinking, Dining & Dancing: Coming soon to the Surf I’m told is sushi with the area in the enclosed building being renovated for a Will Drakus run sushi bar. Signs that the menu is changing for the better is the new herb garden pointed out to me by Chef Arnaldo “Papi” Gonzalez during a recent visit. Call ‘em at 904/ 261-5711. I stopped by Baxter’s earlier this week and managed to snag a 5:30 pm seat at the bar and if you’ve never been you’re missing out on a cozy, fun atmosphere with interesting conversation, reasonable prices and entertaining and knowledgeable barkeeps Mike Dougherty and Kay Herrington and many will tell you the best steak in town can be had there. Call ‘em at 904/277-4503.