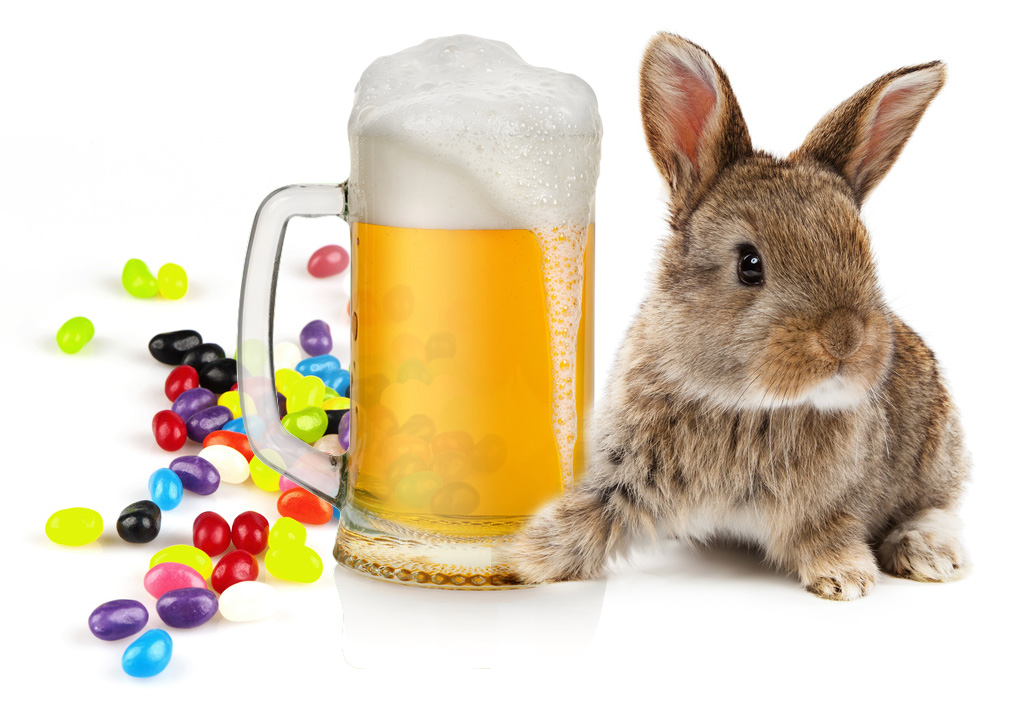 It appears that entrepreneurs are shaking off Fernandina Beach’s restrictive and arbitrary impact fees as reports of a rash of new businesses sprouting up downtown range from a distillery and a brew bar to a raw bar and a new outdoor dining venue, all in the very near future.

This capitalistic optimism is certainly not fueled by the comatose crew of indifferent elected and full-time city officials but may instead be sparked by Circuit Court Judge Brian Davis’ ruling earlier this year that the city’s anti-business impact fees on new users are “arbitrary and irrational” and are “in violation of the law,” a ruling bungling city officials are vainly appealing to the Florida Supreme Court, another ill-advised action that will cost local citizens thousands of dollars in tax dollars on wasted attorney fees.

Following are businesses that are proceeding in spite of the city’s impotent incompetence:

Palate: The Amelia Island Omni Plantation is obviously a terrific training ground as many seasoned professionals leave that island resort and start their own area businesses and now it’s long-time Omni employee Tammy Barnes turn, as she has been busy refurbishing the closed Benito’s at 614 Centre St. to be renamed Palate and featuring downtown’s first raw bar. Ms. Barnes hopes to be open in time for Shrimp Festival with 12-year Omni veteran Chef Matthew Kennedy handling the menu’s steak and seafood offerings. I’m told that a regular bar will be open in the back area with the raw bat up front.

Marlin & Barrel Distillery: Capitalizing on the island’s history of rum-swilling pirates, a distillery will call downtown Fernandina Beach home, settling in at 115 South 2nd St., with former Air Tran Airways executive Robert Morenc saying he’s starting with rum in his Marlin & Barrel Distillery, because of the area’s rich pirate history. Hoping to be opened in time for this year’s Florida-Georgia football game, he said he’ll be adding vodka, gin and American rye whiskey and will act as the facility’s head distiller.

Leddy’s Porch Expansion: Ernie Saltmarsh is expanding his South 3rd St. Florida House Inn’s Leddy’s Porch facility, opening an outdoor dining area between his popular Green Turtle Tavern and the Florida House, enabling diners to kick back and enjoy the beach music on the Turtle’s porch and the offerings of Chef Marshall Sands’ Florida House kitchen, particularly his signature buttermilk fried chicken, in a beautiful courtyard atmosphere. When the Turtle porch is silent, the Florida House has installed a new sound system surrounding the dining area, with conversational music coming from speakers designed to look like the surrounding landscaping and those in charge are discussing the possibility of jazz brunches.

Beech Street Grill: Saltmarsh is continuing his restoration activity on the Beech Street Grill facility the corner of South 8th St. and Beech St., with plans within the next few weeks to move a 1900 shotgun house at 217 S. 8th St. next to the restored Grill and he says it will replace one that burned at the restaurant site in the 1990s and it will be restored as a retail spot. He said a restaurant may well be opened on the site this summer but declined to say what it would specialize in and who was involved.

Grease River: We are blessed to live on the shores of the Atlantic Ocean, near the St. Mary’s, St. John’s and Amelia Rivers, among others, but residents of the South 6th St downtown block between Centre St. and Ash, have a river cascading down their street that they’d prefer to see dammed at its source. Grease from a restaurant at the corner of Centre and South 6th St. has cascaded from the eatery’s site onto 6th St. causing what residents say is an unbearable stench as well as an aesthetic and safety issue and a mess for cars driving through the stuff.  I’ve driven down the impacted area and seen photos of this filth in which friend Pajama Dave Voorhees tells me his motorcycle skidded dangerously sideways while he attempted to exit off 6th onto Centre. Irate residents have met with city officials who told them they are working with the state to help correct the situation. We’ll continue to update the issue.

Pirate Grapplers Cited: Congratulations are in order for James Hessenauer, Josh Helm and Thomas Monaghan, all three senior members of the Fernandina Beach High School Pirates wrestling squad, who were selected Third Team members of the All-First Coast Wrestling team, a not to-be-sneezed at honor, as these young men were selected on the advice of area varsity coaches, wrestling observers, the Florida Times-Union’s sports staff,  their performances and statistics this past year, their last at FBHS. The honors are particularly satisfying for Mr. Hessenauer’s father, Jim, who coached the team to one of its most successful seasons in many years, as his son not only excelled, but dad was a member of the Pirate wrestling squad some 20 years ago.

Want A Divorce? Even if you don’t want to break your marital bond, the chances of that happening anyway are greater if you live in Jacksonville or at least that’s what the Wall Street Journal’s Joe Queenan said in his weekly “Moving Targets” column in the weekend edition a couple of weeks ago. Other US cities with the highest divorce rates are Las Vegas; Little Rock, AR; Albuquerque, NM; and Charleston, WV, with Vegas being an obvious choice but the others somewhat puzzling.

Squirrel Flambé: Atlanta comedian Jeff Justice tells the story of a couple in Michigan being sued after they burned down their apartment complex while trying to cook a squirrel with a blowtorch. “That’s ridiculous,” says Jeff. “Everyone in Georgia knows you’re supposed to boil squirrel.” Sure, it gets the rubber and asphalt taste out of ‘em.

Are You Ready For Hot? We already know that UV rays can cause skin cancer and melanoma later in life and a recent study from Australia provides even more convincing evidence that they can also age your skin beyond its time and as residents of Florida we’re more vulnerable than most. It is well known that slathering on gobs of sunscreen is the best protection against both premature aging and cancer and Consumer Reports says that the highest rated sunscreen is also one of the cheapest. Its highest rated NO-AD with Aloe and Vitamin E 45 received a score of 88 from CR and only costs 59 cents an ounce while a very high end one called La Roche Posey was an eye-popping $20.59 an ounce and CR scored it much less effective, so enjoy the beach and protect yourself on the cheap.

Speaking Of The Beach: A United Kingdom study released last June by the University of Exeter found that there were numerous health benefits to spending time going to the beach or living near it. The researchers found that moving closer to the beach improves people’s well-being, reduces stress and encourages physical activity. Lora Fleming, one of the study’s organizers said the results could help create a form of therapy based on ocean exposure. So I guess we’ll soon have a bunch of chin-stroking psychiatrists charging folks for telling them something residents of Amelia Island have known for years: “Life is good at the beach.”

Name Change: Recently P. Diddy announced he’s going back to his old nickname of Puff Daddy. In a vote of solidarity I’m changing my name back to Dave Daddy.

Mudd More Valuable Than Ivy: If you think junior will land a high paying job with a degree from Harvard, Yale, Brown or one of the other prestigious Ivy League schools you’d be very wrong. A Bachelor of Science from Harvey Mudd College, a small California science and engineering school, is the most valuable college degree in America; Stanford’s computer science program pays off more than any single major in the country; and the best dollar-for-dollar investment is the University of Virginia, so says Pay Scale, the largest private tracker of U.S. salaries, which conducts an annual survey to determine the most valuable college education in the country. PayScale also listed eleven schools where it determined that not going to college is at least $30,000 more valuable than taking the time to pay for and graduate from one of these schools. Of the 11, 10 were in the deep South and one in Colorado. The worst, it says was North Carolina’s Shaw University, a private not-for-profit school that scored a -$121,000. None were from Florida one was Georgia, Savannah State University (-$82,300 out of state and -$31,100 in-state) and North Carolina had three on the list including Shaw.

Bad News Barry: More than likely future generations will view President Barak Obama’s administration with mockery and scorn because of a variety of missteps, scandals and incompetence – Benghazi, the IRS  targeting conservatives, Obamacare, the birth control mandate and his attacks on religious liberty, spying on journalists, arming terrorists overseas, Fast and Furious, the green energy scams, the bailouts, his support for infanticide, the billions he directed to the abortion industry,  his reckless exploitation of the Zimmerman trial, the out of control deficit spending,  his refusal to enforce immigration laws, the massive expansion of the Welfare State,  an inept and impotent foreign policy, the broken promises, etc. As explorer, soldier and scholar Dr. Jack Wheeler says, Barack Hussein Obama is an eloquently tailored empty suit. No resume, no accomplishments, no experience, no original ideas, no understanding of how the economy works, no understanding of how the world works, nothing but abstract, empty rhetoric devoid of real substance. Author, columnist and radio commentator Dennis Prager sums up Obama’s administration succinctly saying “Virtually nothing Barack Obama has done has left America or the world better since he became president. Nearly everything he has touched has been made worse. He did, however, promise before the 2008 election that ‘We are five days away from fundamentally transforming the United States of America.’ That is the one promise he has kept.”

Drinking, Dining & Dancing: Mark your calendar for Sunday, July 20, 2-6 pm as the Smoke N Da Cockpit BBQ team and the Green Turtle Tavern team up to present “Bar-B-Q and Brew 2014,” a BBQ and drinks events designed to raise funds and awareness for Micah’s Place for just $10 a plate which includes pulled pork, spare ribs, or smoked hot wings and two sides. For all you folks that don’t like to go to bed on a full stomach or want something tasty to absorb the booze prior to an evening out, Gourmet Gourmet has initiated an “early bird” menu featuring specials from $10-$19 till 6 pm. The regular dinner menu will also be available featuring entrees from $16 to $30. The classy restaurant just off First Coast Highway on Lewis Road is ranked number one for dinner by users of OpenTable.com. Call ‘em at (904) 261-8973. According to Bloomberg prices for shrimp at large chains such as Red Lobster and the Cheesecake Factory have jumped to a 14-year high in recent months, spurred by a disease that’s ravaging the crustacean’s overseas farm-raised population. Local restaurants tell me it’s costing much more to add the local shellfish to plates this year too so it’ll be interesting to see how prices this year compare to last year’s at the Shrimp Festival booths and if there is a way the local eateries and shrimpers can capitalize on the Asian farm-raised importer’s woes.

Thanks: I appreciate the tips and ideas that all of you have been sending to me since I started this blog and encourage you to help keep me posted on what’s happening around the island that you think may be of interest to others. I can be contacted at davidnscott@bellsouth.net.