Because of a Florida law that State Senate President Don Graetz says he can’t explain but will continue to support anyway, beer aficionados awaiting the opening of a micro brew pub in downtown Fernandina Beach at the site of the now shuttered O’Kane’s, will not be able to purchase the popular half-gallon growlers, that are currently OK in 47 other states.

Long before six-packs became popular, most beer was consumed in a bar and folks who wanted to drink beer at home filled a small pail called a “growler” to carry it. According to beeradvocate.com when the beer splashed around in the pail it created a “rumbling” sound as gases escaped through the lid,” causing what sounded like a “growl.”

In an Associated Press story filed earlier this week Senate President Graetz says he doesn’t know why growlers are illegal in Florida and even admitted that the law appears to be overregulation, but added that a repeal of it isn’t in the cards because a close friend of his asked him to continue to support legislation that hurts the state’s fledgling craft beer businesses. That friend is Lewis Bear, a distributor of Budweiser products in Republican Graetz’s district and Graetz says he does what he’s told by his friend.

“We know we can’t compete with Budweiser, but we should have the opportunity to sell our own beer in a growler to our customers who want it,” says Al Waldis, who along with his Salty Pelican business partner, T.J. Pelletier, and Espana’s Roberto Pestana are opening the yet-to-be-named craft-beer pub on Centre St. “The big boys don’t sell growlers, since their product is available in every store. Growlers are sold strictly in brewpubs and brewery tasting rooms for customers who specifically would like to take a certain beer home from their favorite micro brewery,” says Waldis. “There is no other avenue for them to have this beer at home.” 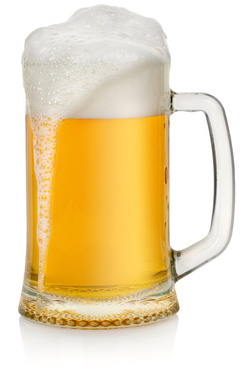 I’ve never met Mr. Graetz but based on the AP story I don’t think I’d like him as he sounds like the kind of guy who invites you to join him for a cold one and then stiffs you with the check.

I’m sure the folks at Budweiser will do just fine as long as there are people around like my friend Pajama Dave Voorhees, an avid die-hard Bud Light drinker, but comments like the ones the senator made to the AP give members of the GOP a bad name, making them sound as foolish as District 5 Democrat Congresswoman Corinne Brown and her loony supporters.

Responding to Graetz’s position some influential local business folks are questioning state Republicans’ sincerity with one saying: “They’re the ones that preach competition in the marketplace; anti-regulation; always saying they are pro-business; and that small business owners are the ones who create jobs. But this law goes against all those values.”

Mr. Bear and his Belgian-owned beer company have been very generous with their monetary donations to Senator Graetz, the state GOP, and other state GOP candidates. And it appears that the state senate president favors folks that’ll pick up the tab for him and his pals over Florida’s craft beer bars, their employees and patrons.

A Tampa Bay Times article reported that a sign behind the bar in Tampa’s Cigar City Brewing sums up the craft beer community’s frustration with Florida’s growler law and attitudes of politicians like Graetz:

“We sell growlers in two sizes: 32 oz. and 128 oz. The industry standard in most states is the 64 oz. (1/2 gallon) growler but Florida law has a whacky, nonsensical law that prohibits us from selling them. Ridiculous, isn’t it?” 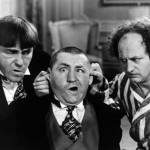 T.J. and Al have been wildly successful with their popular Front St. Salty Pelican despite indifferent, inept and incompetent city commissioners and town officials. They have survived impact fees that a district court ruled illegal in a case now headed to sure defeat in the Florida Supreme Court; a disputed sidewalk to nowhere that’s supposed to lead to their eatery; and railroad tracks that make reaching the Pelican on foot an adventure in athleticism. Meanwhile politicians like the Moe, Curly and Larry trio on the city commission, oblivious to what’s going on around them, continue to “Nyuk” it up as Public Utilities Director John Mandrick wreaks havoc with impunity on restaurant and bar businesses wielding his impact fee axe with the fury of a crazed Carrie Nation. And City Manager Joe Gerrity, who signed off on the fees while mayor, is missing in action.

I submit that a statue of these two entrepreneurs, Al and T.J.,  be erected in front of the old downtown train station as a tribute to overcoming adversity and as examples of perseverance. Imagine what they and other local businesspeople could accomplish if they were freed of these bungling bureaucrats and do-nothing, slapstick commissioners.

Funny Business at City Hall: Let me see if I have this right. Lynn Williams, a local resident and failed city commission candidate, was allowed to chew up half of the Tuesday, March 18 Fernandina Beach City Commission meeting with a presentation suggesting that the city put an item on the November ballot that would allow for the construction of a 2,600-foot seawall on the Amelia River waterfront that would cost he says between $18-26 million, involve the use of private property and take 4-5 years to complete, even though he has yet to account for the $8,000 the city gave him last May for a dredging experiment.

While four commissioners ranged between enthusiastic and intrigued by Mr. Williams lengthy pitch, sanity prevailed as Mayor Ed Boner rightly expressed his skepticism and asked Williams to provide the commission with regular updates on the $8,000 dredging program.

Why watch reality TV when you can attend city commission meetings?

Private Sector vs. Public Sector: In the private sector motivation is fueled by profit whether it’s the bottom line of a publicly traded firm or private company or individual paychecks and bonuses based on performance and productivity. The better the goods or services the greater the demand thus leading to more profit, more pay, bigger dividends, etc. However, with few exceptions (military, law enforcers, firefighters & teachers), folks in the public sector produce nothing except rules, regulations, restrictions, forms, inspections, etc. therefore their incentive is not money, but power. The more people they have reporting to them, the more regulations they create, the more taxes they can levy; the more they can manipulate the private sector the more it feeds their insatiable bureaucratic appetite thus providing their incentive and personal aggrandizement. This creates an inevitable clash between the two groups ranging from the top in the White House with President Obama’s leftist leaning income distribution philosophy all the way down to local municipalities like Fernandina Beach where we have clashes between petty bureaucrats wielding their impact fee axes against the small business folks fighting in the courts for their survival. Get involved folks, otherwise the bureaucrats like those running our Public Utilities Department will delight in making you as miserable as they can while your elected officials sit back and nod their approval.

RIP Jeff: The last time I saw Jeff Jagel he was posing for a photo with a friend in front of the Amelia Island coffee shop downtown about four weeks ago, balancing on a cane. Jeff, who along with his sunglasses-wearing dog, Chica, was, I think, the first person to plunk down $300 with the city for a license to perform in a downtown pocket park, passed away at the age of just 50, March 4 bringing to an end his guitar strumming, singing performances on Centre St. in the little pocket park next to the Amelia Island Coffee Shop. 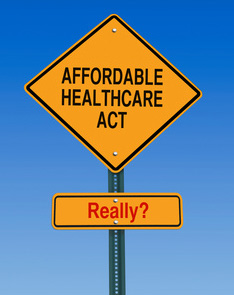 Lies, Damned Lies & Statistics: While he was peddling his healthcare takeover President Obama promised Americans that premiums would decrease by as much as $2,500. And he and other Democrats continue to promote this misguided healthcare mess as a good deal. We can now add the “decrease in premiums promise” to the growing list of Obamacare lies because it appears that folks in most states will be paying more for their healthcare coverage with Floridians and Georgians among those getting hammered the hardest says the Heritage Foundation. Adults in Florida age 50 face a 75% increase in premiums while young adults in Georgia are being hit with a whopping 168% increase say Heritage experts. Check it out at MyObamcareIncrease.com.

Sum Ting Wong: At the end of last year the federal debt topped $17 trillion and it’s continuing to rise with the biggest single owner of the national debt being the American taxpayers through the Social Security Trust Fund and the biggest holder of that debt including China ($1.276 trillion) and Japan ($1.108 trillion). Does that mean in a worst case scenario that instead of monthly checks Social Security recipients might receive discount sushi and General Tso chicken coupons?

This & That: If based on scientific fact, it was announced that the world was ending in a few weeks, Al Sharpton and Jesse Jackson would organize rallies protesting that minorities and the poor would suffer the most. ** How can we expect the chumps that can’t set up a health insurance web site that can process payments or correct simple errors to be able to negotiate foreign policy with a crafty Russian thug or any other foreign potentate? ** The Amelia Island folks organizing meetings about the dangers of plastic bags might want to direct their energy toward solving the impact fee issue so we will continue to have stores to sell things to put in whatever bags these bossy activists demand we use. ** Can you name one positive accomplishment by Hillary Clinton during her tenure as Secretary of State? Ok, then as US Senator from New York State? No? Me either.

Drinking, Dining & Dancing: We have some colorful and descriptive names for restaurants and pubs hereabouts including a “Sandy” Bottoms, a “Salty” Pelican, a “Green” Turtle, a “Happy” Tomato, a “Gourmet” Gourmet  and the latest an “Emerald” Goat, which opened recently in Yulee next to the Winn Dixie. For just a five dollar donation folks can enjoy food and drinks, a raffle, a silent auction, music by the popular Dillon Basse Band and have the satisfaction of knowing they contributed to a good cause Friday, March 28 from 5-7 pm at Quality Health of Fernandina Beach, 1625 Lime St. Food and drink sponsors include Salty Pelican, The Happy Tomato and A Taste of Wine by Steve. All proceeds go to the Pirate Playground, the island’s first community handicap accessible playground, currently being constructed behind the Atlantic Recreation Center off Atlantic, near Egan’s Creek. Call ‘em at 904/261-0771 for more.