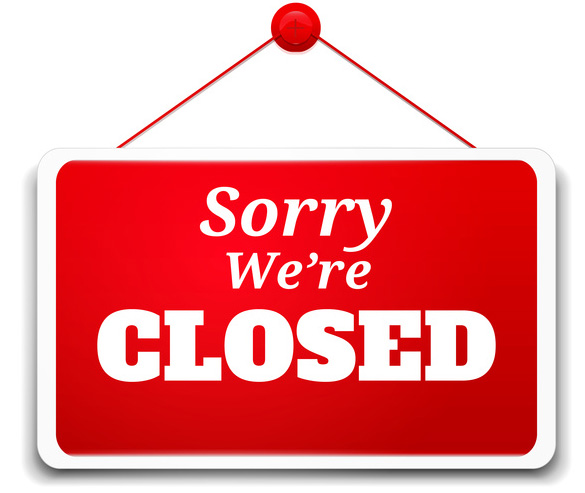 During a conversation at the Centre St. Amelia Island Coffee Shop the other day an acquaintance and life-long island resident told me that he counted 15 empty store fronts in the downtown area, a number he attributed mostly to the negative effect of the city’s reckless impact fees.

I may have missed it, but so far I haven’t seen a single letter, opinion-editorial or article in a local blog, online news site, in the bi-weekly News-Leader, or in a Jacksonville business or news gathering publication in support of Fernandina Beach’s controversial impact fees, just the opposite.  In fact, I’ve never even met anyone who has voiced support for the fees and earlier this year even Circuit Court Judge Brian Davis ruled against the city’s fees in a bond validation case that is now headed to the state Supreme Court.

The only folks claiming they are beneficial are petty city bureaucrats led by its attorney, who have wasted some $600,000 of taxpayer money in legal fees trying to defend this indefensible “no-growth” formula.

Philip Griffin and Pat Keogh, two prominent local citizens, who are both active in area real estate development and have vested interests as well as the city’s best interests at heart, vehemently oppose the fees with Keogh calling them “highway robbery under the guise of government” and Griffin saying “they have contributed to the lack of reinvestment by the private sector in the city.”

City Manager Joe Gerrity was mayor when the fees were imposed and has been suspiciously silent during the controversy while Public Utilities Director John Mandrick continues his imitation of “It’s a Wonderful Life’s” Harry F. Potter, cackling and smirking as small businesses plead upon deaf ears for relief.

It is past time for the current crop of city commissioners who ran on “pro-business” platforms to do something: eliminate the fees and stop shoveling our tax money to lawyers to defend a no-growth and apparently illegal policy. Good grief folks, the law firm the city hired to defend these reckless fees isn’t even local.

Oh, at least the impact fee issue is masking another problem nobody at city hall wants to discuss, and that’s bringing the city’s future pension and employee benefit obligations in line with economic reality. More about this later.

Florida Tops In Trees: I’m betting that state residents have no idea that Florida’s forestry industry employs 60,000 workers, some 10 percent of our state’s total workforce, generates $8.5 billion for the state and that 47 percent of the state is forest land (16.3 million acres). These folks also plant 203,306 acres of new trees annually with Florida ranked fourth in reforestation or so says the Southeastern Lumber Manufacturers Association. And I’m thinking that our neighboring Georgians have no idea, either, that their forestry industry employs one in 10 workers in their state and generates more than $25 billion in economic activity. So the next time you see a local  Rayonier or Rock-Tenn employee, whose jobs all involve trees, tell ‘em how impressed you are.

Things That Eat You, Your House, Etc: In addition to lots of trees, we also live in a state besieged by unusual critters and ailments, the most recent being a Cuban tree frog that may irritate your skin if you touch it; bone-crushing pythons on which the state has declared a bounty; stinging lionfish that are proliferating at an alarming rate at the peril of local species; giant snails that reports say are capable of eating your stucco house; and a warm, brackish water-based bacteria that is responsible for infecting more than 30 Floridians, including a local man who suffered serious complications requiring hospitalization. Oh, I almost forgot to mention the Curly, Larry and Moe infestation of the Fernandina Beach City Commission which elections can easily eradicate.

Press Three For Arabic? In Michigan when you call the Public Assistance office you are told to “Press 1 for English. Press 2 for Spanish, or Press 3 for Arabic”! Having Spanish listed is bad enough, but Arabic? Yep, it’s true. I called the number, 1-888-678-8914, and it’s a fact and if you don’t believe me try it yourself. In many Arabic speaking countries men are allowed to have multiple wives, but in the U.S. only one, so if a fellow immigrates to Michigan from one of those distant places and hauls all the gals along with him, can he call the toll free number, list one of the squeezes as his wife and the others as on-premises dependants and not even have to learn English to apply for his taxpayer funded assistance?  What a deal. As a taxpayer I have yet to receive a “thank you” note in any language.

Drinking, Dining & Dancing: Despite the city bureaucrats, a boatload of new stuff will be taking place in the downtown area soon including two actual boats. I’ve heard that the Sheffield’s have purchased two 40-foot fishing vessels, one named Pirates Punch and the other the Punch Cup that will take locals and visitors on fishing expeditions as soon as they are launched and moored at the downtown marina, which I hear, will be in the very near future. Did you know you can buy the Palace Saloon’s Pirate Punch by the gallon to take home for just $25? And speaking of such things, if your favorite barkeep is in good spirits it’s because “for the first time in decades all whiskey categories saw growth,” says David Ozgo, the Kentucky Distillers’ Association chief economist. He says “while growth has been picking up the past few years, 2013 was a banner year” and that should be good news to whoever is looking at the former Benito’s Restaurant location, which my always reliable pouring source tells me is about to be converted into another eatery and bar. A rumor confirmed is that the former O’Kane’s site will be home to the island’s first brew bar with T.J. Pellitier and Al Waldis of the Salty Pelican and Espana’s Roberto Pestana teaming up to provide the Centre St. and South 4th St. location start-to-finish fermented malt beverages with their own labels, bottles, etc. with opening dates yet to be scheduled. Karabrew, connected to Tim Poynter’s North 3rd St. Karibo Restaurant serves a home brew that is completed but not started on site and is very tasty, but doesn’t carry Tim’s brand. I’ve also heard rumblings that the upstairs above the Sheffield’s recently purchased North 2nd St. Dog Star Tavern may be converted to a brew bar as well, but so far those are just whispers. Don’t forget that the first Tuesday of every month Sandy Bottoms at Main Beach features the Crescendo Amelia Big Band beginning at 7 p.m. and running until about 9:30 or 10, for just a $5 cover and well worth it. The last two times I attended it was standing room only, with both the upstairs and down jammed with happy dancers and toe-tapping listeners. Monday nights at the Tiki Bar at Sliders now belong to Dan Voll, one of the finest guitar players in the South, while Kathy & Phil , The Macy’s, continue to own Wednesday’s at Sandy Bottoms and John Springer, is always at the keyboard Thursday, Friday and Saturday evenings at Centre Street’s Courtyard Pub & Eats. If you enjoy golf, terrific food and really good wine, then mark Monday, April 21 on your calendar because Steve Raszkin, the Steve in Wines by Steve, tells me that for just $60 you can play a round of golf with a local restaurant owner and/or wine distributor, have lunch, and taste some exceptional wines at the Amelia Island Omni Golf Course. It all begins with a shotgun start at 8:30 a.m. with lunch at 12:30. And for only $30 you can skip golf, have lunch and the wines, and dig in before the duffers are off the course. Call Steve at (904) 557-1506 for more. Hola Cuban Café, the popular eatery located behind the Palace Saloon and across from, Dog Star on North 2nd St. is now offering breakfast sandwiches and empanadas all day and late into the night. While there try the Cuban coffee  or café con leche brewed by owners Chris Garcia and Marisol Triana, a one-of-a-kind island treat, but not on Tuesday when they’re closed. If you’re looking for a relaxed, comfortable place to enjoy an elegant weekend brunch or breakfast and take in our island’s tropical environment, all without spending a fortune, then Gourmet, Gourmet is the place for you. Try owner and fellow Canadian Bill Mertens’ eggs Benedict with REAL Canadian bacon,, a Tex-Mex skillet, eggs Sardou, Huevos Rancheros, shrimp & grits and lots more with nothing on the menu that costs more than $17 and that was for two jumbo crab cakes,  tomato, and poached eggs but most meals are much, much less. They’re located at the entrance to American Beach at 1408 Lewis St. just off First Coast Highway near the fire station or call ‘em at (904) 261-8973. During a cocktail party at friends Jan and Ron Vanden Brink’s gorgeous Main Beach condo I met Jim and Gay Dunlop, the new owners of the ocean-facing Elizabeth Point Lodge, an island B&B crown jewel which serves what I think is the most scenic breakfast almost anywhere and is also open to the public. The Dunlop duo are well versed in the B&B business owning one of Savannah’s premier Inns, the Hamilton-Turner off Lafayette Square at 330 Abercorn St. Elizabeth Point may not have anyone there named Elizabeth or a point, but expect Jim and Gay to do nothing but improve on what is already ranked one of the most prestigious establishments of its kind in the world. Call ‘em at 904/277-4851.

Complaint, Comment, Tip? If I’ve failed to mention your favorite restaurant or bar and you think there is a valid reason I should then let me know. On the other hand if you think my opinions stink or I’ve got an issue all wrong, let me know. Send me an email at davidnscott@bellsouth.net.