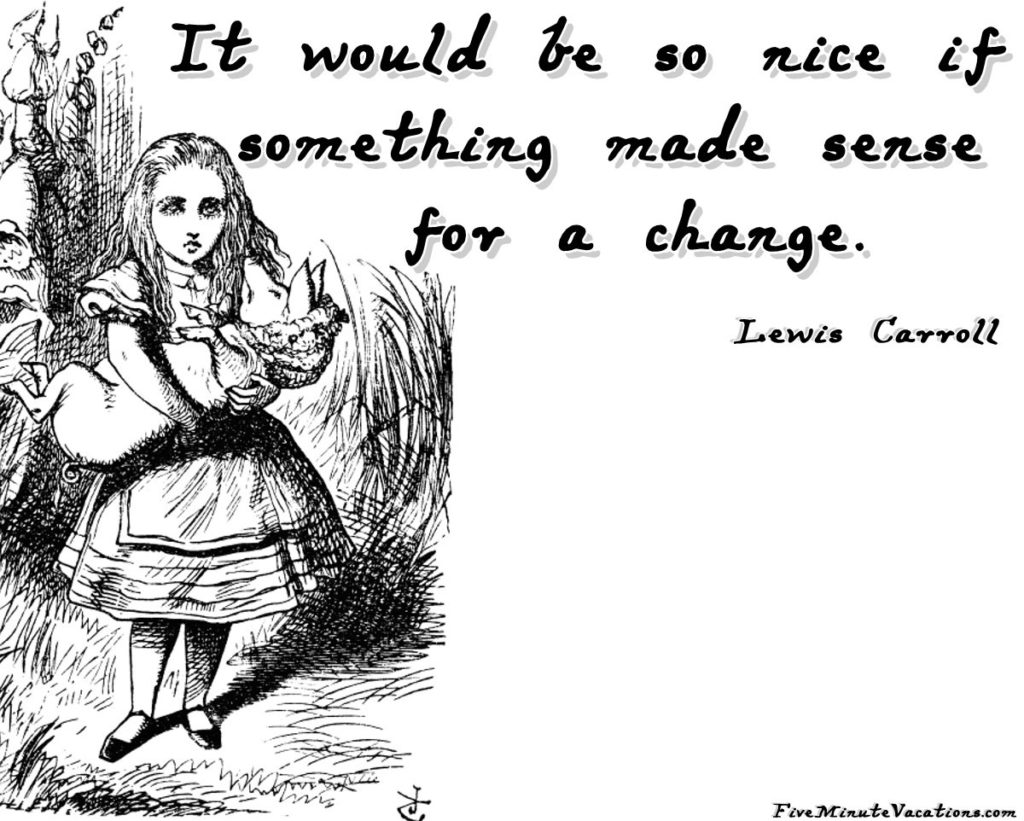 Laura DiBella, who has successfully served as Nassau County Economic Development Director the past five years and unpaid Director for the Ocean Highway and Port Authority of Nassau County, announced earlier this week that she is resigning to assume a new position as Executive Director of the Florida Harbor Pilots Association in Tallahassee. The announcement came as a surprise to many.

The very professional, personable and attractive Ms. DiBella, who looks like she just stepped off the pages of Vogue Magazine, is a tough lady who doesn’t back down when she knows she’s right. But no matter how tough, dealing with a county board of commissioners, a port authority board, and the loopy city commission must have taken a toll, even on this tough-as-nails gal. For example, Pat Edwards, one of the most abrasive of the county commissioners, was recently caught in a text saying Ms. DiBella “has the management skills of a pig.” He has since wisely announced that he is not running for re-election.

In a letter announcing her departure, Ms. DiBella was gracious and polite and offered to assist in the transition to a new director and aid on ongoing projects. Our loss is the Harbor Pilots Association’s gain as Ms. DiBella’s list of success in attracting businesses and jobs to our community is lengthy.

For Laura happiness is Nassau County in her rearview mirror as she leaves behind a simmering stew of hostility toward economic progress, a growing abuse of individual property rights, unwarranted taxation, and a crowd of fist-waving extreme environmentalists, not exactly an environment that spawns economic growth and prosperity. Just the opposite. The fact that Ms. DiBella was as successful as she was despite this putrid mess is testimony to her skill set.

It’s hard to know where to start, but City Manager Dale Martin is a good a place as any. In his periodic updates explaining the Fernandina Beach City Commission’s actions Mr. Martin, attempted to clarify the 0.5 mill tax increase as “not really a tax.” He said: “The new levy, which is part of the city’s operational millage and not a truly dedicated tax, is expected to generate approximately $1.2 million.”

He also said “…it was necessary because of the growing concern for conservation.” And in the next sentence added that “local support for the program has been woefully lacking, with only one $50 donation received.” That doesn’t add up Mr. Martin. If locals aren’t contributing to it it’s because there is NO “growing concern” on their part. There’s only a growing concern on the part of a small group of loud, obnoxious, tree huggers—many who don’t even live in the city limits — who keep suing the city, mugging developers and getting slapped down by the courts. And you, as the city manager, are obviously cowed and intimidated by this thuggish, sloganeering band of screamers so you extort us to pay them off.

In a nutshell what Mr. Martin is telling us is that since we won’t support his efforts, he’ll just take our money through a tax, that’s not really a tax. If it’s not a tax and we don’t support it, then it’s obviously theft? Or am I missing something here?

On top of all this conservation claptrap and taxes that aren’t taxes, we now have the city saying it will confiscate private property it covets through eminent domain. The city sicced its lobbyist and local attorney Buddy Jacobs on Front Street property owners to “negotiate” with them for their property. If negotiations don’t work out they say they’ll go to court. In other words, if the owners don’t accept the city’s offer they’ll appropriate their property through the courts at taxpayer expense. They want the property to build a waterfront park, the one they first discussed with French Huguenot explorer Jean Ribault when he arrived here in 1562. Since then they’ve purchased a forest’s worth of Waterfront park plans, costing hundreds of thousands of dollars that are sitting unread on shelves in city hall. There even a recently purchased $240,000 plan in there on how to buy plans…. I’m not making that up.

Next to suing the city, eminent domain is a topic that has rogue Commissioners Chip “Sue Their Pants Off” Ross and Mike “Left Coast” Lednovich, jumping up and down and rubbing their hands together with glee.

Lednovich, a California transplant who has lived here all of two years, serves as head elected lacky for the Atlanta Tree Conservancy, the local chapter of the Sierra Club and the newly formed Conserve Amelia Now (CAN) luddites that want to silence any sound of progress on Amelia Island. Lednovich has even contributed money to sue us — the taxpayers of the city he was elected to serve. And Ross has already sued the city twice, costing taxpayers tens of thousands of dollars, and recently announced that he is running for re-election. How can sane residents cast a vote for either of these two wackos, why not just hand them your wallets?

The number one target of the tree huggers and the Lednovich-Ross duo’s radicalized fury, dishonesty, hysteria, abuse and legal action is Amelia Bluff, a housing development on Citrona Drive. It’s been reported that developer Wirt Beard so far has invested about $2.5 million on land acquisition, engineering, infrastructure, and marketing. It’s also been reported that seven houses are under contract through builder D.S. Ware with prices ranging from $500,000 to $600,000 and maybe more. That’s a big investment sitting there with no return for the past many months due to the city’s stupidity and a boisterous group of loud-mouthed, fist-shaking, ignorant louts.

Failing in court, loopy “Left Coast” Lednovich says he now wants to count the trees on the Amelia Bluff site to determine if the required number are still standing. At this point the developers and their lawyers must be fed up with the city’s and the extremist trio’s nonsense and must be saying: “Enough!” If city staff were to enter the property without approval they would be trespassing. Instead of trees somebody should be counting the remaining brain cells in Lednovich’s partially filled cranium. Is anybody else embarrassed by these dim folks that are supposed to represent us?

Since all the court decisions have gone in Mr. Beard’s favor can he now sue the three extremist groups that have peppered his project with these harassing nuisance suits that have cost him a severe loss of earnings? Can he sue Lednovich? The city?  The three extremist groups and their leaders? The Sierra Club may have insurance liability through its national chapter, but I doubt the other two do. And from what I’ve observed the irresponsible commission duo of Ross and Lednovich have pushed all the chips to Mr. Beard’s side of the table.

When will all this insanity stop?

Play Ball: Decrying proposed changes to baseball that he says are screwing the game up author and essayist Joseph Epstein eloquently makes his point in an opinion piece in the Wall Street Journal this past Tuesday writing: “Of all American sports, baseball is the subtlest in its strategies, the most complex in the skills it requires, the most dramatic in offering extended periods of tension. Pity if a body of dubious statistics and the pursuit of cash were to diminish the game and thereby drain it of the grand pleasure it has provided so many people over so many decades.”

The Gift That Keeps On Giving: That loud cracking sound you heard coming from Chappaqua, NY this week was what’s left of Hillary Clinton’s mind snapping as she publicly accused Democratic presidential candidate Tulsi Gabbard of being a “Russian agent.” It’s the same accusation she’s made against President Trump and even Green Political Party candidate Jill Stein. This mentally deranged political Sasquatch will probably wander around making snorting, gurgling sounds for a while before stumbling back into the swamp.

Things I Wish I’d Said: “The first piece of luggage on the carousel never belongs to anyone.” – George Roberts

There’s A New Sheriff In Town: When I was kid attending Saturday matinee western movies there would invariably be a scene in the film where a mob of local townspeople would storm the sheriff’s office determined to drag an alleged cattle rustler, horse thief, bank robber, or whatever out of his jail cell and lynch him. The sheriff would saunter out of his office cradling a shotgun and wearing a pair of six-shooters, to confront the assembled crowd saying: “Go home to your wives and kids fellas, the courts and justice will prevail here, not a lynch mob.” Well, according to recent news reports the sheriff and the mob were all racists. The sheriff should have said: “Go home to your wives and kids fellas, you can’t lynch this guy, he’s not black.” According to the politically correct word police, the word “lynch” has been appropriated by American blacks who apparently now own a monopoly on it. When President Trump referred to the Congressional Democrat’s impeachment hearings by Tweeting last Tuesday that Republicans are “witnessing a lynching” the left went berserk. In scene that could have come straight out of the Mel Brooks film “Blazing Saddles” the left said the president’s remarks were racist and insensitive. They were appalled, they said, by the President’s use of the word “lynching” since so many blacks have been “lynched” in the U.S. In addition to being extremely dim, those on the left have short memories. Joe Biden, John Kerry and many other prominent Democrats used the exact same word to describe the Republican impeachment hearings of Bill Clinton in the 1990’s. The term “lynching” has its origins with Charles Lynch (1736-1796), a Virginia Quaker planter and American Revolutionary, who headed a county court in Virginia which imprisoned Loyalist supporters of the British even though he lacked proper jurisdiction for detaining them and it was in connection with him that the term “Lynch law”, meaning the assumption of extrajudicial authority, came into common use in the United States. Lynch was never accused of racist bias. He acquitted blacks accused of murder on three separate occasions. He was accused, however, of ethnic prejudice for hanging white Welsh miners.

Drinking, Dining & Dancing: The day after Halloween, Friday, November 1, PJD’s Beer & Wine Garden at downtown’s 12 South 2nd Street will feature two of the best songwriters in the southeast who are both residents of Amelia Island, Woody Mullis and Sean McCarthy. The fun starts at 1 p.m. and goes until 7 that evening. There is no charge other than for any of the more than 200 beer selections on PJD’s lengthy beer menu. Captain Jack’s Smokehouse is going “whole hog” with a Bikes, Brews & BBQ, 4 -8 p.m. Wednesday, November 16 from 4-8 p.m. with proceeds going to veterans organizations. The Captain will be smoking an entire hog for a Southern Pig Pickin’ and feature live entertainment by Cumberland Sound, $2 draft beers & drink specials featuring local Marlin & Barrel spirits. Anyone wanting to donate prizes to be raffled, can contact them for details at 904/310-3611.The smokehouse is located at 960030 Gateway Blvd on the south side, before crossing Shave Bridge.