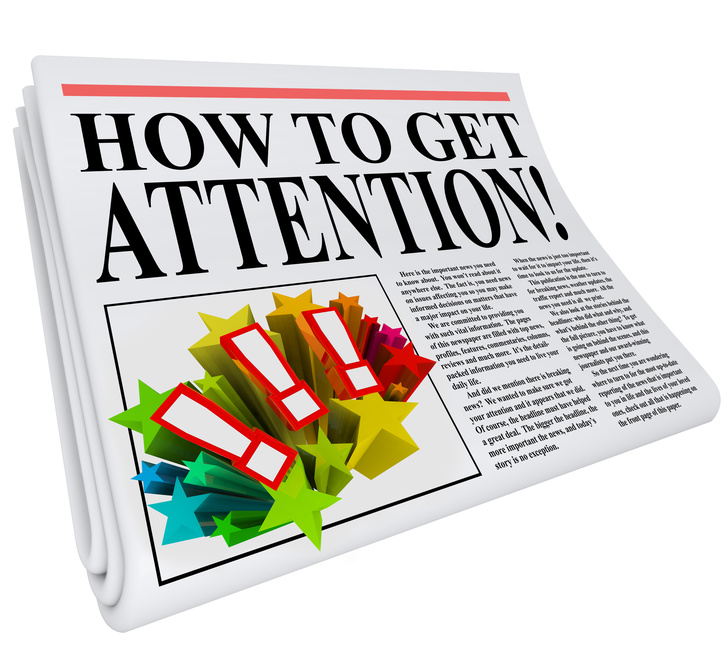 When I Googled my blog recently and the name of  tri-athlete “Ironman” Dave Scott popped up it reminded of an incident about 10 years ago when I was running my own marketing and PR consultancy in Atlanta.

I had written and issued a press release for a client, Novartis Ophthalmics, the one-time Atlanta-based company that offered vision-care products that, among other things, helped athletes and other active people take care of their eyes. I used the Internet to distribute the release to hundreds of sports writers around the country.

Responses began immediately dinging away in my E-mail box. “Thanks for the great article,” said one. Thanks for the great article? That’s not the kind of reaction I normally get from editors. “Great,” said another, who then politely inquired when he could expect my next article for his magazine. Another took the occasion of his reply to thank me for giving up my valuable time to be interviewed by him and asked whether we might get together sometime in the near future.

“Well,” I mused with self-satisfaction, “it looks like I haven’t lost the magic touch I had as a young newspaper reporter!” Then, the cloudiness in my eyes rolled away as surely as if I’d doused them with some of my client’s eye drops: They thought the release was from Dave Scott, three-time winner of the Iron Man Triathlon, not Dave Scott, the Atlanta PR guy, whose triathlon regimen consisted of jogging around the neighborhood, jumping into the shower, then driving down to the local tavern for a cold beer.

That’s not the first time I’ve issued a news release that resulted in stolen identity. Once when I worked for IBM, I distributed news releases on an innovative technology we called “paper” and distributed them through the U.S. mail. At that time, I used the more formal David Scott instead of Dave.

A former editor for the Atlanta Journal-Constitution tells me he once tossed one of my press releases to a young reporter and said, “Call David Scott and see if there’s a local angle in here.” Instead of calling me, the reporter called State Sen. David Scott, who is now a U.S. Congressman. “David Scott says he doesn’t know anything about this computer system or IBM,” the reporter told his editor, “but he wants to come in for an interview anyhow.”

We hear a lot about stolen identity and mistaken identity and how the Internet has exacerbated the problem. There’s an old New Yorker cartoon punch line, “Nobody knows you’re a dog on the Internet.” Based on my experiences, I was briefly tempted to capitalize on this phenomenon to help promote my client’s products.

I thought about going a step farther, and changing my name so there would be no more confusion about the Dave Scotts.

So, I thought why not distribute press releases to fashion and beauty editors about how young women can remove eye make-up safely with Novartis Eye-Scrub pads. I figured editors would eagerly contact me under my new name: Julia Roberts.

What the Heck Just Happened? I fully expected Fernandina Beach City Commission extremists Mayor Johnny Miller and Commissioner Len Kreger to vote against a proposal by property owners to amend the land use code to allow lot combinations on North and South Fletcher Avenues in “job opportunity” areas, but I was more than disappointed by Roy Smith’s decisive “no” vote.  I agree with proposal supporters who say the change would clean-up blighted properties in those areas and turn them into attractive job-creating businesses. However, Roy may have been frightened that the more than frenzied folks who thought the change would open the door to big development and spoke out at the session against it, would charge his house with torches and pitchforks if he voted for it. In the bizarre world they live in Miller and Kreger agree with anything former commissioner Ron Sapp and his wild-eyed group of extreme environmentalist followers have ever said, say now and will ever say. While Kreger just sits and snarls like a kid who doesn’t have any intention of learning anything, Miller flip flops all over the place like a student with attention deficit disorder. But Smith? I thought he was smart enough to see through that “get off my island and leave us alone” nonsense.  It looks like the Nyuk, Nyuk, Nyuk trio is back?

News-Wrecker: This week’s blog is shorter than usual due to the fact that I’ve been busy wrapping up the next issue of the Amelia Island News-Wrecker, which is scheduled to be printed and on the streets by next Thursday, April 28, just in time to irritate people at the Shrimp Festival. Initial copies can be picked up at Pajama Life, 12 South 2nd Street during the Shrimp Fest parade on Thursday and thereafter. Copies will also be available at other Wrecker advertisers locations including, Seabreeze Lounge, Green Turtle Tavern, Salty Pelican, Tony’s New York Style pizza, T-Rays, Sandy Bottoms, Amelia Tavern, Amelia Island Boat Club & Rentals, Barberitos, Cafe Karibo, Downtown Hampton Inn & Suites, Crab Trap, Southern Touch, Digital Village, Buy Gones, Kayak Amelia, Beech Street Bar & Grill, Amelia River Cruises, Flying Fish Adventures, Bright Mornings Bistro & Cafe, Alley Cat, Wines By Steve, and all the Amelia Island Hospitality Group (AIHG) locations: The Palace, Amelia River Golf Club, Amelia Liquors, Emerald Goat, Dog Star Tavern, the Surf and Hammerhead. They will also be available at the new Locals and Sadler ranch, once they open later this year. Eventually an online version will be available.

Speaking Of The News-Wrecker: For reasons known only to them, the board of the island’s European-American Business Club have invited me to be the guest speaker at the group’s next meeting, Tuesday, May 10 at the Amelia River Golf Club 6-8 p.m. The meeting is open to the public and copies of the News-Wrecker will be available. You don’t have to be member of the organization to attend so for those who want to heckle, taunt, and toss food, this is your chance. Just send them an RSVP so they’ll have an idea of how many folks will be there. Contact ’em at info@eabcnetwork.com. The Amelia River Golf Club is located at 4477 Buccaneer Trail.

Go Ahead And Build That Ocean Front Home: About three years ago a U.N. panel on climate change predicted that by the end of this century sea levels would rise somewhere between 1.7 and 3.22 feet. However it appears that their prediction is off by some three feet based on a new study. So based on the U.N. and the new research data, the oceans will stay right where they are, neither rising or falling. However the gloomy prediction got the media’s attention while the new one received a yawn.

Drinking, Dining & Dancing: The Amelia Tavern is officially open and from early indications is will be a whopping success. I was able to sample menu items, taste some of the better craft brews and watch as others appeared to be fully enjoying what will become a highly popular local landmark. Call ’em at 904/310-6088. Marisol Triana of Hola! fame and Audrey Dollar, have teamed up to create Amelia Island Downtown Tasting Tours that include mixology and tasting events. Both the mixology and tasting tours have four stops each and with the seven new restaurants and taverns that have opened up downtown the past 12 months, these two gals will stay busy. The events are fun for impromptu get-togethers, private parties, or bachelor and bachelorette parties. Contact ’em at 904/479-9488 or 1/888-519-7091 or ameliaislanddowntowntastingtours.com. We had good friends from Atlanta visit us last night and we took them to Joe’s 2nd Street Bistro for dinner where I once again had my favorite Bouillabaisse that seems to get better each time I order it, which is every time I’m there. I was so busy enjoying my meal I paid scant attention to what Linda and our guests ordered, but did hear afterwards that they loved what ever it was and when they return for another visit want to go to Joe’s again. Call ’em at 904/321-2558.

Dave, I think your all Wet (pun) on your take on climate change and Rising Tides, Prehaps your of the same opinion as Bill Reilly, That Ocean Tides, and our Moon, are mutually exclusive. But be that as it may, prior to your next comment on Rising Tides, take a moment and talk to folks in the San Marco Area of Jacksonville, or folks in Miami Beach and sections of Ft. Lauderdale. Neighborhoods have swimming pools that they never payed for. I’m sure you can get a good deal on some Ocean Front Property. Just a Caution, bring your water wings. As for our City Commissions Vote, on Combining Lots, to allow Development of Two parcels of land on the West side of Fletcher and Atlantic and Sadler. Exceptions are needed, One size does not fit all, This is exactly the reason we have a City Commission. Look we as a Community are really struggling to figure out who we are. Some think, a Port Town with Industry, Others a Vacation/ Tourist Destination. It looks like we are both, With the Economic Edge going to Tourism. Both those area in question are Blighted, eye sores. Make exceptions to the Zoning in Just those areas, No change in Height requirements, firm-up design of the Developers and sign a contract to those specifications. They will be an attractive additions to the area, and create Jobs. This Town is Growing, we can be smart about it, or have our City look like SR200/AiA in Yulee looks like. And please, no more Gas Stations.

It’s my understanding that the lots are properly zoned for their intended uses. If that is correct then the issue is an infringement on the private property rights of the owners.

“Great Scott!” There are other David Scotts?

Could you share your source for the new UN study on sea level change? Would be interested to read, as your report seems to contradict pretty much everything that pops up on a quick Google search of the subject. See, e.g., http://www.nytimes.com/2016/03/31/science/global-warming-antarctica-ice-sheet-sea-level-rise.html?_r=0

Dave, I disagree with you about the proposed lot restriction change. First and foremost, if the City Commission doesn’t feel a need for the restriction, repeal it, but don’t allow exemptions for 2 or 3 developers (reference “spot zoning” in Black’s Law Dictionary). Secondly, where would patrons and employees park? A boutique hotel of 30 rooms would probably need 35-40 parking spots. If they can provide on-premises parking, fine. During the summer the lot at the Main Beach corner is full of cars, so those drivers would have to find spots elsewhere, and there aren’t a whole lot available. The third concern is adding more traffic at Atlantic/ Fletcher Avenues and to the circle near Slider’s. During tourist season, driving is difficult on these streets as tourists sight-see, get lost, forget how to use their accelerators and turn signals, or get confused by how to negotiate stop lights and circles. A yield sign becomes a stop sign to some or invisible to others. How about putting in valet parking at a circle that people can’t drive? I saw one presumed Slider’s patron park his or her car IN the circle when the valet parking first started. Two final considerations – would the new places take away from downtown businesses and why don’t we make use of our vacant buildings to accommodate new business, as done downtown by the restaurants you named in today’s blog?

You are our own Ron Hudspeth!