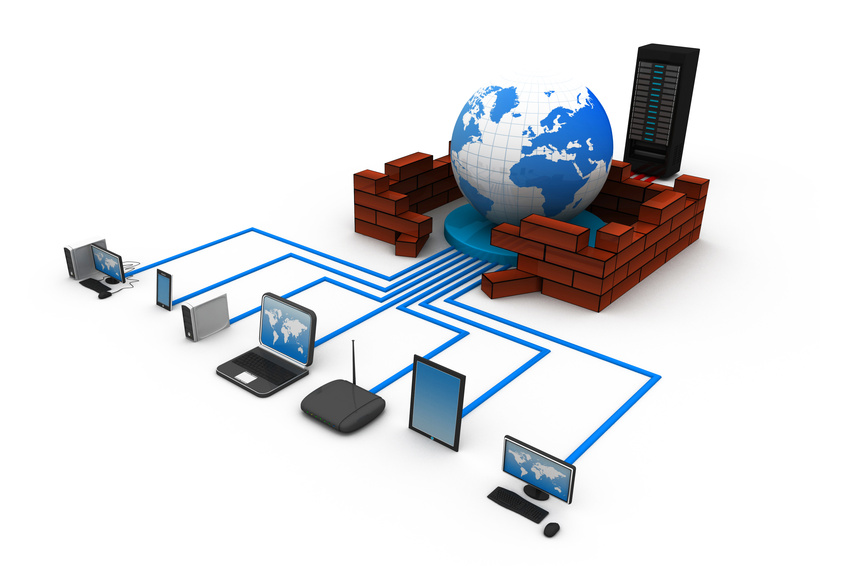 What locally headquartered Fernandina Beach company is rapidly becoming one of the fastest growing on Amelia Island or maybe in all of Nassau County in terms of annual revenues? This does not include the Amelia Island Plantation, Rayonier, Rock-Tenn, or the Ritz Carlton, because even though they represent the area’s largest employers and hundreds of millions each in annual revenues, their corporate headquarters exist elsewhere.

I’m not 100 percent sure of this but I’m willing to wager that it’s a firm most folks hereabouts have never heard of, and that operates quietly behind the scenes helping companies around the country organize and secure their technological infrastructure.

Conducting business quietly out of its 714 Beech St. Fernandina Beach US headquarters facility, information technology firm Maxis 360, designs, installs, manages and maintains the total technology requirements for a wide variety of US firms that includes gathering their diverse communications services into a compatible structure including employing harmonious wireless and wire-line networks; complying with and implementing confusing and complex government standards; staffing help desks; round-the-clock monitoring; and more, and then ensuring that all of it is secure from malware, viruses, etc. thus freeing its customers to focus on their core businesses that range from newspaper publishing to health care.

Led by local entrepreneurs and island residents Jeff Foster (president) and Rob Maynard (CFO) demand for the firm’s services has fueled15-20 percent growth spurts in each of the past four years resulting in more than five million dollars in annual revenue and some 25 full-time employees with no end in sight.

In addition to its Fernandina Beach headquarters Maxis360 also has offices in Altamonte Springs and Coral Gables, FL and Charlotte, NC, and more than 250 customers and growing. It was recognized recently by the Jacksonville Business Journal as one of the top five computer service firms in NE Florida and personable CFO Maynard was named 2013 Jacksonville Business Journal Ultimate CFO.

Based on this firm’s recent growth, its talented executive staff and leading edge range of services, it appears that our island’s climate is conducive to more than just growing sea oats and attracting tourist dollars.

Would Colonel Sanders Flog Ronald McDonald? If you pick up the Friday, May 23 issue of the Fernandina Beach News Leader, watch out for the spittle when you turn to the opinion page, as you can almost see it spewing out of the mouth of that paper’s occasional op-ed writer Joe Palmer as he wildly lashes out at those who failed to see what he saw during the Shrimp Festival parade, Thursday, May 1, and that is a “black-clad Colonel Sanders” dressed in “rich plantation master attire.” In an irrational and crazed keyboard frenzy Mr. Palmer declared “whips” symbols of slavery and bigotry equal to burning crosses, Ku Klux Klan night riders, etc. and referred to those that disagree with what he saw in the parade as “local bigots” and “rubes.” I watched the parade with friends, family and strangers and we all saw a guy clad in black wearing a cowboy hat and work boots cracking a whip, and didn’t for an instant think “Hey, there goes Colonel Sanders off to lash some slaves.” The parade guy with the whip even told the online Fernandina Observer that he was dressed as a “Florida cracker cattle drover,” and nothing else, but Mr. Palmer’s rant argues otherwise implying “who ya gonna believe, me, or your lying eyes?” Alert blog reader Lew Eason pointed out that while herding cattle, drovers used whips because that is what got the attention of the cattle as they were moved from pasture to watering hole, etc, and that’s why they were called “bull whips” and not “slave whips.”  I suggest that the kids manning the local Kentucky Fried Chicken franchises take all necessary precautions if they see a wild-eyed Mr. Palmer headed their way as their beloved colonel is enemy number one in his eyes and their headsets will soon be screaming with cries of “clean up in the drive through.”

Newspaper Nonsense: The following from the “Journalism in America” chapter in the book Prejudices, a compilation of writings by the late journalist H.L. Mencken and selected by James T. Farrell, was sent to me by a reader for what I assume is one or both of the following reasons: One, the sender knows I admire Mencken or two, he thinks I could learn something from him. Nonetheless here it is:  “How does so much [false news] get into the American newspapers, even the good ones? Is it because journalists, as a class, are habitual liars, and prefer what is not true to what is true? I don’t think it is. Rather, it is because journalists are, in the main, extremely stupid, sentimental and credulous fellows — because nothing is easier than to fool them — because the majority of them lack the sharp intelligence that the proper discharge of their duties demands.” Written more than 80 years ago, it appears that things in the news room haven’t changed much.

An Amelia Island Treasure: If you haven’t gone on one of Captain Kevin McCarthy’s tour-cruises with Captain Pajamadave Voorhees piloting and narrating, then I strongly suggest you head downtown, check the itinerary at the harbor-side kiosk, and book yourself , family and friends right now, because you will find no better or economical entertainment on this island. The eccentric and quirky PJ Dave will have you laughing and learning all at the same time, as he makes each boatload of passengers feel like his “performance” has been designed specifically for them, as he points out places of interest along the shoreline, spits out fascinating historical, nautical and nature facts, while effortlessly steering one of the Amelia River Cruise boats along salt marshes, wilderness beaches, Fort Clinch, Cumberland Island and more. You’ll watch excited first-time tourist’s jaws drop as for the first time they spot alligators, dolphins, sea turtles, shrimp boats, and a colorful array of exotic birds and they gape at Cumberland’s wild horses, the ruins of long-dead millionaire’s homes, and tons of cobblestones used as 17th and 18th Century sailing ship ballast that was tossed along the shore of Cumberland Sound near Fort Clinch. You’ll wish you’d taken a notepad as you’ll want to remember some of Dave’s bizarre facts such as why mashed potatoes and not ice cream were used in the “ice cream fight scene” in the island-filmed movie Pipi Longstockings; Why the wealthy Carnegie family boarded up their 59-room Cumberland mansion Dungeness in 1916 after only 40 years; Where the horses on Cumberland Island came from; and why Fernandina Beach founder David Yulee fled the island and eventually landed in a federal prison. You’ll wonder where the time went and you’ll enthusiastically drag your next group of visitors down to the docks to board this wildly fun adventure. For schedules of this and other tours that range from adult-only twilight live music booze cruises to net-dragging eco events with a marine biologist, call ‘em at 904/261-9972 or go to www.ameliarivercruises.com.

A Salute To American Legion Post 54: Once again American Legion Post 54 hosted its annual Memorial Day ceremony at the foot of Centre St. downtown near the docks in front of the Nassau County War Memorial that displays the names of local men and women who lost their lives defending our country. The ceremony attended by locals and tourists was a moving tribute to those who made the ultimate sacrifice, highlighted by Yulee High School freshman Madison Moore, who read her award-winning Memorial Day essay, and was followed by an invitation from the local post for everybody to join them at their South 3rd St. facility for a free hot dog and hamburger cookout, which wife, Linda, visiting son, Eric, and his wife, Leslie, and grandson, Luke, happily accepted .This legion post deserves a snappy salute for all the good it has done for this community over the years.

House Moving: Ernie Saltmarsh, owner of the restored Florida House, Green Turtle and Beech St. Grill has literally picked up and moved an 18th Century shotgun house from its 217 South 8th St. location to the property on 801 Beech St. where his restored Beech St. Grill is located. Once totally restored, the house will become a beautifully preserved commercial property.  Utility wires had to be lifted and traffic diverted while Hygema Movers delicately moved the old structure across 8th St, through the corner of T-Ray’s Burger Station parking lot to its new location next to the Grill.

Drinking, Dining & Dancing: Just when I thought Palace Saloon barkeep Johnny Miller, with his low country boil Bloody Mary and Crystal Foster with her Krystal Burger one couldn’t be topped, a dark horse in the town’s BM battles reared its head, as the Salty Pelican’s T.J. Pelletier introduced a patriotic Memorial Day version complete with an American flag and a sparkler, leaving me to wonder whether to take a sip or salute. It’ll be interesting to see what these three concoct for July 4, but if you do order one then, I wouldn’t stand too close. In my book, last year’s winner was the Salty Pelican when Barkeep Pete topped his creation off with a smoked mullet. George Morris, who operates Flying Fish Adventure, a jet ski fleet out of Fernandina Beach’s downtown marina, may have accomplished a first, a pizza delivery via jet ski to camper friends on Cumberland Island.

Dave great work on the blog. This is so good I have cancelled my yearly subscription to the no-News Leader.

Thanks for the plug on Amelia River Cruise. If you don’t mind I’ll put it on the AmeliaOceanfrontBB website, since all my guests seem to enjoy that cruise the most here on island.

Good reading….Do you have a FB page for your blog?

Very informative again. There are two sides to every story and I like to hear yours. From discovering hi-tech productivity company, Maxis360, to learning about local businesses and events, your blog is always interesting. Now I’m going to check out what this Fernandina Observer is all about. Thanks for staying active and sharing those ‘musings.’

I vote for the patriotic sparkler in the Bloody Mary (I refuse to abbreviate that) over the smoked mullet. Cheers!