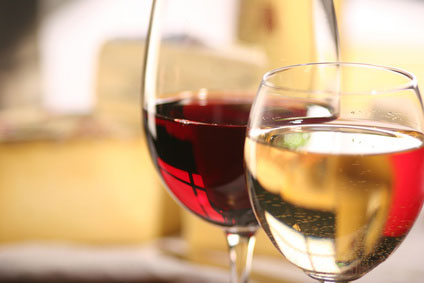 Drinking, Dancing & Dining: First Coast Highway’s Wines by Steve and Horizons have teamed up to host a $40 per person (not including tax and tip) dinner Wednesday, February 26 at 6 pm at Horizon’s new location at  5472 First Coast Highway, former home of long-gone Gennero’s. The menu and wines aren’t set yet, but I’ve been to these wine pairing events and promise that you will not be disappointed no matter what they put in your glass or on your plate. Call ‘em at (904) 321-2430. By now everybody who cares knows that George Sheffield bought the North 2nd Street Dog Star, but I hear that George has another purchase in the works soon, but don’t have a clue what it could be. If you do, tell me. Gourmet Gourmet is one of the many restaurants getting ready for Valentine’s Day lunches and dinners with proprietor William Mertens offering a full menu both Friday the 14th as well as Saturday with specials that  include what I wouldn’t hesitate to order instantly, a $40 appetizer for two seafood platter consisting of clams, mussels, oysters on the half shell, jumbo shrimp, and snow crab legs, followed by either New Zealand lamb chops or pan seared halibut, both with interesting sides, $35 and $32 per person respectively. Call ‘em at (904) 261-8973. The Leddy’s Porch people at the Florida House tell me they have a true Southern Valentine’s bargain price event scheduled for $50 a couple that includes buttermilk biscuits and its honey signature buttermilk fried chicken including sides of lima bean succotash, southern green beans, smashed potatoes with gravy and chocolate cream pudding which can all be washed down with complimentary “bubbles”, which I assume means sparkling wine. Call ‘em at (904) 491-3322. Mark Tuesday, April 4 on your calendar because that’s when you can enjoy the amazingingly talented Crescendo Amelia Big Band when it makes it next appearance at Sandy Bottoms and you get through the door for just a $5 cover, probably one of the best musical bargains around. To book all or just a few pieces of Crescendo for your own event call ‘em at (904)302-6086 and call Sandy Bottoms at (904) 310-6904. Chris Garcia and Marisol Triana, the spunky couple that run Hola, the downtown Cuban sandwich and coffee shop on North 2nd St. across from Dog Star and behind the Palace Saloon, have been sharing their family heirlooms with residents and visitors for almost a year now. The children of Cuban-born parents they have no physical heirlooms to share with future generations because they were all confiscated by Cuba’s Communist government when their families fled that island for the US. However, you can taste their most prized family possessions when you purchase a sandwich or pastry, as those recipes have been faithfully passed down from generation to generation and their ancestors would be proud as I’ve heard (an tasted) nothing but good things about their offerings since they opened their doors last April. Call ‘em at (904) 321-0163. Speaking of North 2nd St. the annual Montessori Chili Cook-off is scheduled to take place once again on that downtown street Saturday, Feb. 22 from 11 am to 4 pm.

No Hitting Please: I have been very encouraged and surprised by the number of positive emails, phone calls and personal contacts I have received from people in locations as disparate as upstate New York and Amelia City telling me they miss my weekly column in the local newspaper and encouraging this blog effort.  Not one has told me they are happy I no longer “pollute” the pages of the island’s bi-weekly paper or threatened me with physical violence…yet. Again I appreciate your support and if you have ideas or tips you think I should pursue don’t hesitate to contact me at davidnscott@bellsouth.net. Criticism is also welcome with the most brutal being printed verbatim along with an invitation to join me for a cold beer but no hitting allowed.

The Editing Floor: The folks at the Fernandina Beach News Leader chiseled out a chunk of the last Dave’s World column they published January 10 that included a portion of my response to its occasional opinion-editorial writer, Coleman Langshaw, a local liberal-minded descendent of the Carnegie family who is invested in Cumberland Island’s exclusive Greyfield Inn (stays beginning at $395 a night) and who constantly whines about what he perceives as evil doings by greedy conservatives. Mr. Langshaw devoted an entire column to lambasting me on my position against increasing the minimum wage and following is the part of my response that the folks at the FBNL edited out:

“How can people like you (Langshaw) and politicians, most of whom have never run a business, presume to know what it takes to operate a company and meet a payroll? How arrogant! In your piece you say that you are earning less than $25,000 annually and you ‘….don’t begrudge one penny of my taxes going to help those less fortunate.’

That expensive prep school education and your days at Amherst were obviously a waste of your family’s money as you apparently didn’t pay attention in those economics courses you brag about taking and you obviously didn’t comprehend your old Econ 101 textbook because you may be the only person in the country earning less than $25K and forking over tax money unless you’re mistaking Social Security and Medicare contributions for taxes. In fact, depending on your marital status and any dependents, you’re probably eligible for the Earned Income Tax Credit, a federal subsidy and the kind of welfare stuff you adore.

I really don’t know, but I’m willing to bet that the job you have is a local, state or federal government position, where the terms ‘cost effective,’  ‘incentive,’ ‘efficiency,’ and ‘productivity’ are alien concepts.”

In a past column Mr. Langshaw stated that he sent out oodles of resumes after being dumped from his position at the downtown marina and received barely any response. That doesn’t surprise me. After reading his columns private companies that “Googled” him probably assumed that he is economically illiterate and fed his resumes to their shredders.

However, Mr. Langshaw is very good at one thing: name calling – referring to me in the past as a homophobe, mindless, unarmed in a battle of wits, and a bigot and just recently calling Russian President Vladimir Putin a knucklehead jackass, clown, Cro-Magnon, fool and more. Now, I’m no Putin fan, and I respect honest and valid criticism, but intellectually I prefer it above the “na-na-da-na-na,” first grade playground level, the stock-in-trade of Mr. Langshaw, who is running on fumes as his intellectual tank appears to be empty and his sense of humor called in ill long ago.

Things I wish I’d said:  “Wages are the price of labor. Higher skilled labor is worth a higher price. Lower skilled labor is worth a lower price. When you set a legal price control on labor, which is what a minimum wage is, you make it illegal for low skill workers to sell their labor. It is as simple as that.” – Tom Giovanetti, president of the Institute for Policy Innovation (IPI).

Odd Obits: My relatives know I’m writing my own obituary so they don’t have to be bothered with it and a Canadian cousin sent the following to possibly give me ideas and prove that there are some tough and eccentric folks residing in that vast chilly area: “Very sudden and unexpected at his residence, Henry Dyksterhuis of Tillsonburg, passed away on Saturday, December 07, 2013 at the age of 83 years. Loving husband of 56 years to Ann. Survived by his mother, 109 years of age, Grace.” Tillsonburg News. And this one from the London, Ontario Free Press: “Corfield, F/O William E. (Bill) 93 1/2 – went for a doctor’s appointment and never returned. Died 9 December 2013 at University Hospital, London after telling them he’d be dead in three hours. Survived by sons Geoffrey and Paul, granddaughter Megan, two boxes of Shredded Wheat, four cans of creamed corn, and a silent computer.”

Editorial Baloney: I’ve read a lot of editorial clap trap but the “Reminding black youths of their history” January 16 column by Tonyaa Weathersbee in the Jacksonville Times-Union takes the cake.

In it she says the 600-person Christmas Eve “brawl” at the Hollywood River City 14 movie theater that took some 60 cops to control was a “cry for help” by youths who have “never learned the difference between activism and acting out” and that essentially this “acting out” (translation: near riot) could have been prevented if they learn to confront the police or theatre owner over a policy they think is unfair and work to get it changed.

So 600 kids who don’t want to pay to see a movie should negotiate with the police and theater owner to let them in free? What kind of nutty thought process is that? Why stop with movie theaters?  Why not take this intimidating negotiating process to banks, restaurants, jewelry stores, gas stations, etc.

Ms. Weathersbee needs to sit down and talk with Jacksonville Circuit Court Judge Henry Davis in whose court these kids end up in and who advocates mentoring, training and education to help direct them out of a dead end future and make them realize they will be held responsible for their actions.

There is no discipline in the schools anymore and apparently these kid’s parents aren’t in the picture if 600 of them are ready to stage a riot on Christmas Eve instead of celebrating the holiday at home with family.

Ms. Weathersbee and her friends at the Southern Christian Leadership Conference need to come up with better solutions than teaching these kids “the history of the civil rights movement” and giving them a lecture on activism. They need to address a culture that is dominated by single-parent households and shuns education as something that “white folks do.” Good grief.

Please notify me . I thoroughly enjoy your posts. Keep it up!