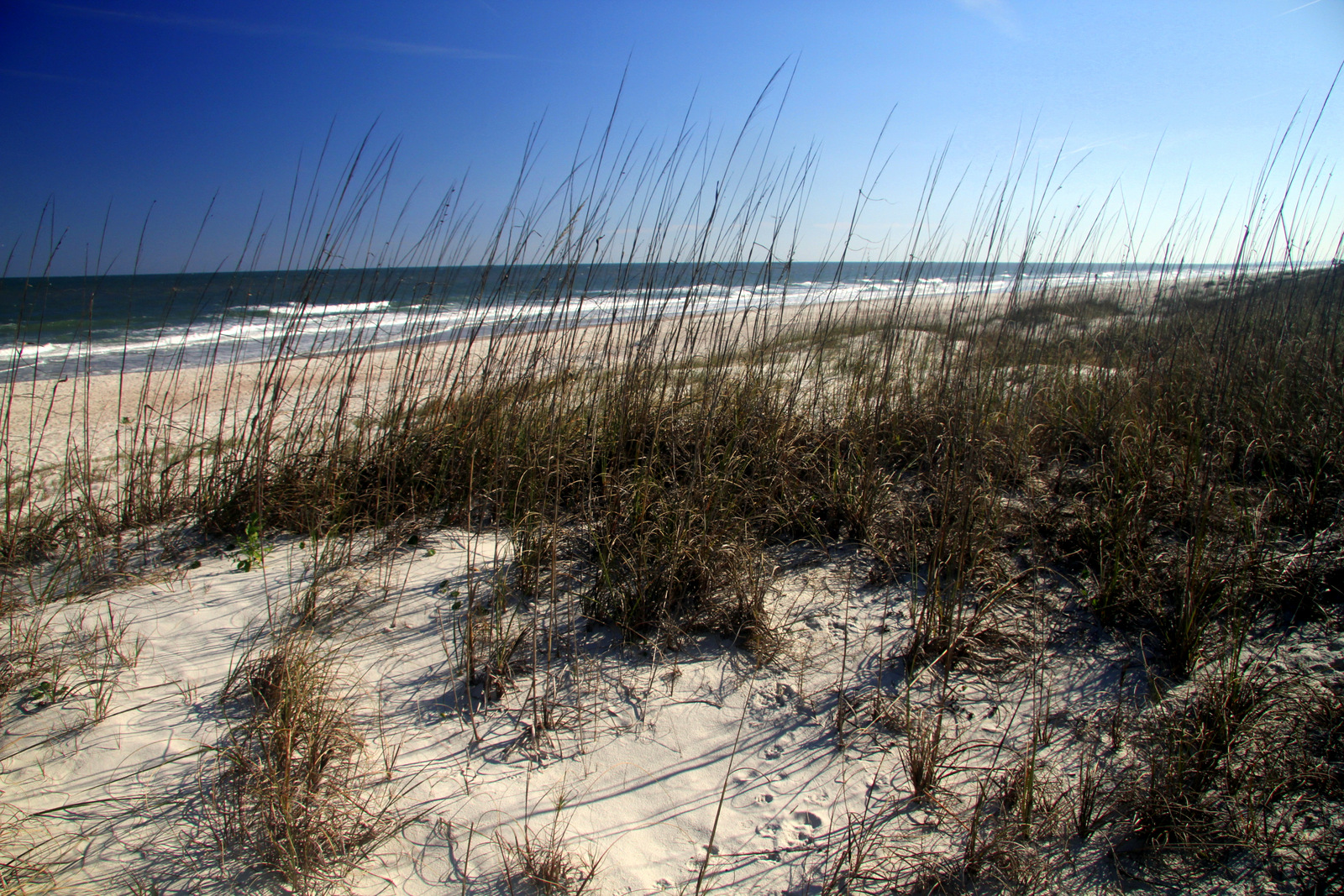 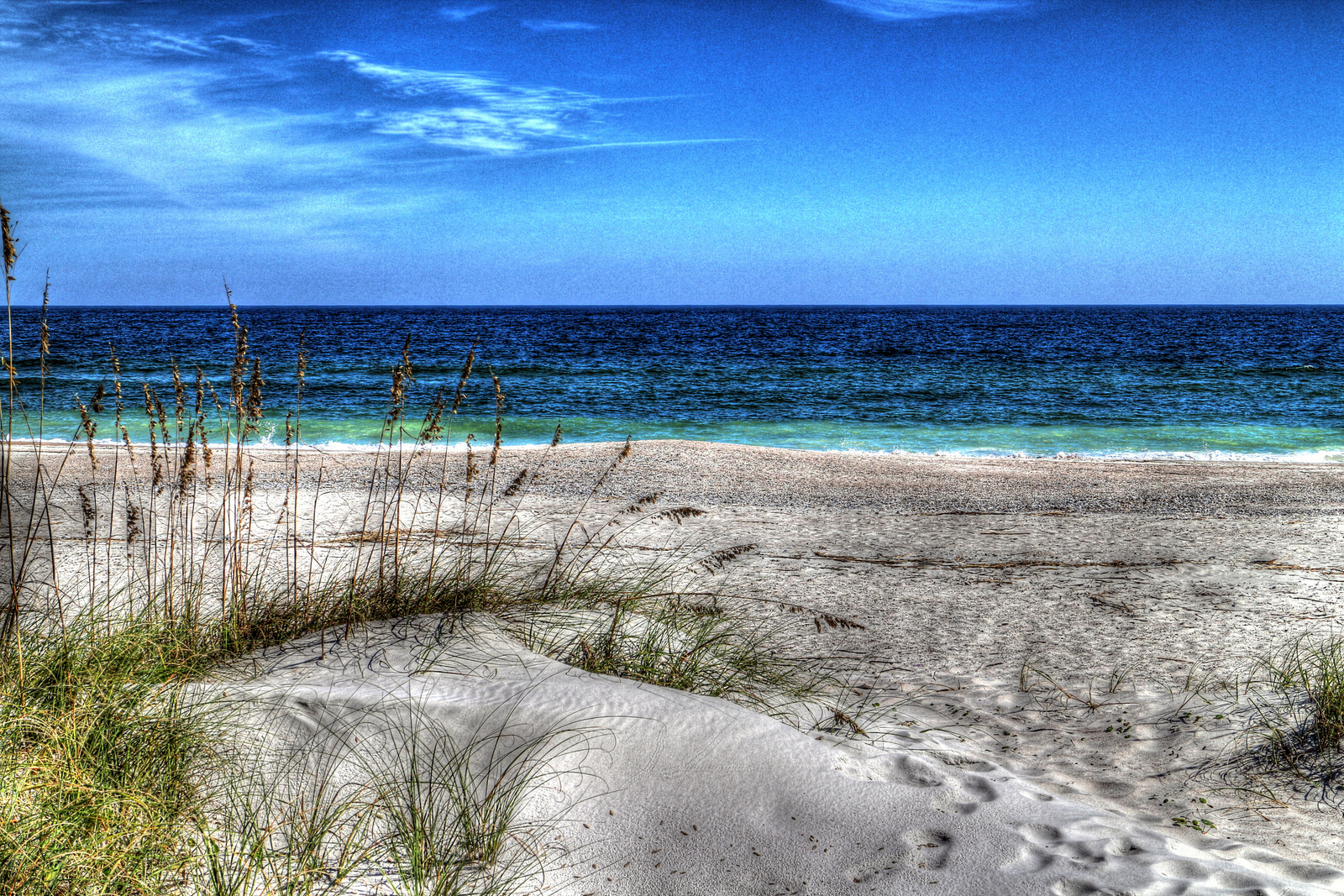 Sitting at the Green Turtle bar late last week chatting with quirky Addison B&B owner Bob Tidball and patting his dog, Maggie, who was occupying the stool next to me, pretty barkeep “Larry” explained the new beers on tap and asked if we had any questions. Bob thought for a few seconds and said, “Yes. What’s the capital of Bolivia?” *** Last Wednesday morning we answered a loud knock at our front door and were confronted by a Fernandina Beach Police Department officer who politely but firmly asked us to show identification. It turns out that when we left town to visit our son and his family in Houston I filled out a form at police headquarters notifying them that we would be back on Thursday the 11th, not Tuesday the 9th, and they diligently paid attention, periodically checking our home for any signs of mischief, and seeing unexpected movement did their job. We are impressed! *** Last week I listed many of the benefits of living on Amelia Island ranging from the bucolic settings and idyllic small town friendliness to the beaches and wildlife but failed to mention one of the most important, and that is the fact that we may possibly be the only 13.5 mile shore line in America that does not have its ocean and beach views blighted by unsightly hotels, gaudy condos, fast food eye sores, bill boards, flashing neon signs, etc. Nope, along the roads that front the Atlantic Ocean and beaches from the north end of the island to the south end, just a few scattered condos, vacant lots, numerous beach access areas, and houses that range from quaint cottages to gorgeous villas and of course the magnificent dunes. Sure there are a few spots where former elected officials fell down on the job and allowed a couple of hideous, too-tall units to be constructed but they are very few and far between and I’m sure these mistakes won’t be repeated, a position that unites both the island tree-huggers and its capitalists. *** If you don’t get a thrill each time you drive from downtown Fernandina Beach on Atlantic and see the ocean in front of you and the harbor in your rear view mirror, then you need to spend a week in Detroit. *** Last week while wandering downtown, I was privileged to be asked to join pretty blonde city commission candidate Robin Lentz and three of her girl friends — two visiting from Atlanta — as they sat chatting at a table in the charming Florida House courtyard. As the good-hearted conversation drifted from reminiscing and the Atlanta Braves to politics and their children, I noticed that not one of these delightful and interesting young women had an electronic gizmo anywhere in sight…no staring mindlessly into an iPhone screen and ignoring a friend’s conversation to send text messages, read Facebook posts or emails, just good old fashioned, refreshing conversation with empathy and lots of smiles and laughter. *** Some 3,000 small American flags were displayed in front of Fernandina Beach High School September 11, placed there by Fernandina Beach High Schoolers to commemorate those that lost their lives in the 2001 terrorist attacks in New York, Washington, DC and Pennsylvania, another reason we should all be proud of our local students, that are obviously the beneficiaries of great parenting and excellent teaching staffs. *** I bet kids on Amelia Island are like my friends and I were when we were their age and we would almost always rather go swimming at the beach, in a river or a lake than in a swimming pool. *** When she lived in Ridgewood, NJ, Hoyt House owner Deborah Gold watched with horror as the twin towers burned and collapsed and she eventually learned that two of her NY Fire Department friends died in the 9/11/2001 terrorist attack, so on the anniversary of that tragedy last week she invited the on-duty Amelia Island FD stations 1 and 2 to a complimentary “anything on the menu you want” dinner in her upscale David’s Restaurant’s private dining room. Some 11 fire fighters were able to take advantage of the offer parking their rigs in a lot across the street courtesy of Fred’s and fortunately for the on-duty group not a single call came in during the meal. *** I hear that the reward for the identification and prosecution of the cretins that damaged the pricey Neptune statue in front of the private residence on Fletcher is now up to $6,000, tempting bait for anyone who wants to anonymously turn these morons in to the Fernandina Beach Police Department.

Church Program Or Bar Tab Discount: Sipping a beer while watching Washington’s Redskins wallop the hapless Jacksonville Jaguars last Sunday afternoon at Halftime Bar & Grill Gourmet Gourmet owner Bill Mertens told me how his restaurant’s Sunday brunch, which has always seen a consistent and steady flow of the after church crowd, unexpectedly took a sudden dip, particularly a mysterious absence of the rush that filled the place around noon. So, in an effort to entice that crowd back Bill decided to do what other eateries do and offer a discount to folks bringing in their church program.”We knew there was a risk of offending some people,” says Bill. “I think if we had done that in New York we would have been sued by the ACLU for discrimination based upon religious beliefs but what I wasn’t expecting was someone commenting that by imploring people to patronize us on Sunday we were forcing our staff to work on the Sabbath. We don’t have to force anyone to work.  We have some staff members who are regular church goers and we don’t schedule them on Sunday.” And, to keep the secularists happy Gourmet Gourmet will now accept a church program or Saturday night’s bar tab for a 15 percent discount. Bill’s attitude was not cheered as he watched his beloved NY Giants go down to its second straight defeat to the Arizona, 25-14. Call ’em at 904/261-8973.

Speaking Of The Jaguars: I’ve been critical in the past of what I consider the Jacksonville Times-Union’s over-the-top coverage of the city’s hapless NFL football team, but I found this past Monday’s eight-page JaguarsExtra section enjoyable reading as it detailed every second of the 41-10 shellacking the Washington Redskins handed to the abject locals even as the Redskins played without their star quarterback and receiver, who were both injured early in the game. I particularly enjoyed the quote from an Atlantic Beach Jaguar fan who said, “This team is a roaring dumpster fire. And to think I gave up an afternoon of quilting for this.”

Attention One Percenters: I read on SearchAmelia.com recently about specials being offered by local B&Bs and hotels during the off-season fall months but the one that immediately caught my attention was the Ritz-Carlton “bargain” valid through Dec. 31. It says “visitors can escape to the Ritz-Carlton, Amelia Island with the “Rejuvenate You” spa package.” They  can enjoy coastal lunch for two before entering the luxurious spa for an indulgent 60-minute signature treatment. After the treatment, visitors are invited to enjoy the private, adult-only, saltwater pool and spa facilities. This two-night package begins at the bargain basement rate of just $479 per night. Hey, I can sleep at home, make a couple of sandwiches, walk a couple blocks to the beach, jump in the salt-water ocean, and ask Linda for a back rub, saving myself, after deducting the cost of bread, and lunch meats, approximately $470 a night, while enjoying all the benefits offered by the Ritz. Sorry, we have no vacancies.

Another Opinion On The “There’s No Such Thing As A Stupid Question” Theory: Addison B&B owner Bob Tidball isn’t the only person who has odd questions tossed his way including my favorite “How long has Amelia Island been an island?” posed by one of his guests not too long ago. Snopes.com, an online organization that investigates Internet rumors, receives plenty of off-the-wall questions which never see the light of day with the following a few of the goofiest:

Not Sure You’ll Vote? Of the 11,922 votes cast in the Republican primary in Duval County’s Westside for the state House of Representatives Jay Fant received 5,962, just two more that his opponent Paul Renner’s 5,960, but enough to give Mr. Fant the victory — just TWO folks! Think about that this coming November when we vote for state and federal offices and the two Fernandina Beach City Commission seats that are up for grabs, and you fail to show up saying, “Oh, my vote won’t count.” The last couple of elections just 20 percent or so of the area’s registered voters went to the polls, enabling a handful of islanders to call the shots on issues that have an impact on our lives such as taxes, zoning, and a myriad of laws. Mr. Fant’s two vote victory in the District 15 race proves that your vote really does count.

Fast Food Wage Protestors: Management of fast food operations should ask their employees who are protesting for higher hourly wages what kind of skills they possess and what kind of education they have that justifies more money for jobs that for generations high school students have performed as entry-level positions. If these folks don’t take school seriously they are dooming themselves to these low-paying positions and they’ll get no sympathy from me for asking for more money than the job is worth.

I would like to ask Snopes what the capitol of Bolivia is.

So when are you starting knee injections ???