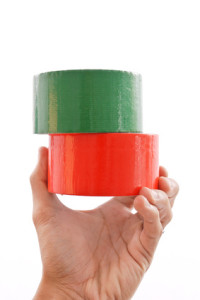 Many people are discovering that the Affordable Care Act (ObamaCare) is anything but affordable. In fact it is just the opposite according to news reports and individual testimonies, thereby forcing folks to scramble for ways to pay for lost health care coverage and its increased costs.

Fernandina Beach resident and neighbor Dan Broyles took an innovative approach when he placed the following classified ad in the “Work Wanted” section of the bi-weekly Fernandina Beach News Leader: “Reliable, Married Middle age male seeking weekend and evening handy-man work so I can afford the new health care law for my family. (904) 206-1694 or islandtimehandydan@comcast.net.”

He said his insurance company dropped him like a hot potato when Obamacare kicked in and he was forced onto a plan that no longer covered a variety of medications for his wife, himself and their two children. His co-pays in the new program are a wallet-busting $2,500 above what he paid in the past so he is seeking work outside of his fulltime job as a director of technical operations for an area firm.

The response so far has been good. “I’ve received a few solid long-term agreements including one from a local property management company,” he says. He also received a call from one of the so called volunteer “navigators” who bent Dan’s ear in a futile attempt to tell him how good the new program is and tried to place blame for the program’s woes on the insurance companies before Dan politely told him to stop wasting his time.

American ingenuity is alive and well despite the current administration’s attempts to toss cold water on it. If you need a handy-man with drive and motivation give Dan a call.