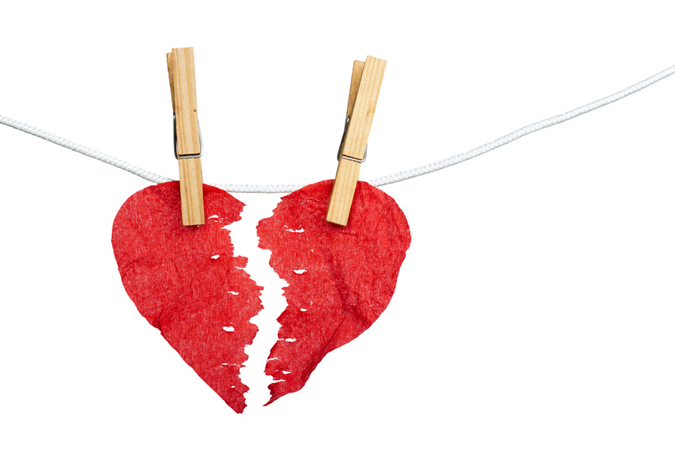 If you’re thinking about getting rid of your spouse, can’t afford a divorce lawyer and a hit man violates your moral code, then you might want to check out mediation, a process that not only costs less, but is much speedier than the litigation route and less messy than an assassin.

Pretty blonde attorney Alexandra (Zan) Maddox has established a family law mediation practice at her 14 South 6th St. downtown office that typically costs a couple between $1,500 and $2,500 to untie their marital knot, rather than the five to 50 grand a litigated divorce may set them back.

While most attorneys require between a $2,000 to $5,000 retainer fee, Ms. Maddox doesn’t ask for a dime up front and will gladly accept your credit card.

The catch is that both sides have to come to the table in mediation even if they can no longer stand the sight of each other.

Like a referee, Ms. Maddox acts as an impartial third-party who establishes the negotiating ground rules, identifies the issues, suggests options and prepares the appropriate legal documents that are filed with the court. She says that in many uncomplicated cases just one mediation session is necessary, but more may be needed if there are issues such as alimony, child-support, child custody, etc. Once the process is completed and the legal documents filed, a hearing is scheduled and the divorce becomes final. In many cases the process takes less time than it took the wife’s mother to plan the wedding.

According to Ms. Maddox, in addition to lessening the financial burden, the emotional toll is also diminished on both spouses and any children by avoiding an expensive, nasty, long drawn out court battle.

A mediated divorce is perfectly legal in Florida and Ms. Maddox, who is an attorney qualified to practice before the Florida Supreme Court, is a certified family mediator. So before you pay an attorney a big retainer, give her a call at (904) 556-1759 for a consultation that is on the house or email her at zanmaddox@mac.com.

Attention Island Liberals! Hide Your Women & Children: Or they may be influenced by logic, common sense and strong moral standards because the Republicans are coming! According to website Redstate.com House Majority Speaker John Boehner, Eric Cantor, Kevin McCarthy, and twenty-five other GOP members of Congress will be on Amelia Island this weekend to collaborate with The Republican Main Street Partnership’s offshoot “Main Street Advocacy,” which is hosting an event at the Ritz Carlton. Steve LaTourette, a Republican former Congressman from Ohio, is the head of the group and is a good friend of Speaker Boehner but when I inquired neither the Ritz nor Speaker Boehner’s congressional or political offices  in DC would confirm or deny that the meeting is taking place. Odds are it is.

Hey You! Pay Attention! My wife Linda shopped at the island’s Ace Hardware earlier this week and brought home a container of cleaning material that had the following message attached to it: “Failure! This product is only effective if you read the instructions thoroughly. Failure to do so will result in you moaning and groaning that the product doesn’t work and generally being a pain in the bottom. Make a positive change in your life will you, and read the instructions.” Solid advice, which was followed with good results.

Bag People An Invasive Species: Instead of setting themselves up for public ridicule by conducting meetings to call for a ban on plastic bags, containers the majority of us use to carry our groceries home and posting “No Poop” signs on the beach, maybe the island’s loopy “bag people” could focus on a project that will earn them respect instead of ridicule and giggles, such as eating our common enemies. According to Modern Farmer there’s a group of biologists headed up by Andrew Deines, a post-doctoral researcher who studies invasive species at Michigan State University, who run Invasivore.org, a site that provides advice on controlling invasive species by dining on them. They call themselves “invasivores” and they actually accomplish something, which is more than I can say for the island’s “bag people.”  Kudzu, feral pigs, Asian carp, bullfrogs and burdock are just a few of the foods on the invasivore menu. These pests are all edible and some are considered delicacies in their native countries However, there are certain critters it is suggested we don’t eat such as pythons, which accumulate mercury at levels two times the limits considered safe for consumption by the state of Florida. Now if the bag people could find a way to prepare their hated plastic sacks and make them digestible they’d be on to something. A person that attended the first “bag people” meeting told me he thinks that as far as plastic bags are concerned, the issue is a behavioral one by folks who toss them on the beach, out of car windows, etc. and he admits the bags actually have a variety of positive uses ranging from garbage containers and pet sanitation to grocery containers and protection for sensitive electronic gear in sudden downpours. Hey bag people, redirect your bag banning efforts toward a more sensible target, otherwise you will continue to look like a group of loony losers.

Good News For Veterans In Florida: If you are a US military veteran living in Florida and want to further your education, then you’ll be getting a financial break in tuition thanks to the Florida GI bill signed last week by Gov. Rick Scott for benefits that are in addition to any federal GI bill benefits veterans receive and it doesn’t matter when you moved here in order to be eligible. The bill also waives professional licensing fees up to five years after a vet is honorably discharged. According to the statistics I found Florida is home to 1.5 million veterans, and there are some 61,000 active military personnel stationed in the state, numbers I thought would be much higher than that.

Speaking of Veterans:  Our island American Legion Post 54 conducted a ceremony at Veterans Memorial Park at Central Park this past weekend to mark the anniversary of the end of the Viet Nam War, a fitting and somber affair that saw a speaker from each of the four branches of the armed forces that fought there pay eloquent tribute to American soldiers, many local, who fought and lost their lives in that conflict. However, in an outrageous display of ignominy, a local nuisance heaped more public humiliation and shame upon himself than even I thought possible from this cretin, when this disgraceful little twit “booed” the proceedings. This diminutive, despicable, area lout can be spotted periodically hereabouts lugging a camera and telephoto lens around his neck, making a fool of himself, with many thinking his actions require confinement to a mental health institution. However, if his current vile activity continues, there may be some that would be pleased to aid to him in seeking emergency hospital room treatment.

Photo Ops: The photos slowly scrolling across the background of this blog were taken by island resident and transplanted Texas native Rick Scott as was the one used to illustrate the Cumberland Island –Fernandina ferry article last week. Click on the gallery category here to see more of Rick’s good work and now postcards of the “no-he’s-not-the-governor-or-a-relative-of-mine” shutterbug’s work are available at downtown’s South 2nd St. Pajama Life store. Checkout his web site at www.pixsea.com

Danger, Will Robinson: Last year Nike announced that it planned to sell NBA basketballer LeBron James sneakers with a price tag of close to $300 and the company’s target market isn’t the Imelda Marcos crowd, which is why the National Urban League may have asked the firm to ditch the costly footwear so, I am assuming, we won’t be reading any more stories under headlines that say “Kid Mugged for Pricey Shoes.”

Why We Live In Florida: The Huffington Post, a far-left publication I read on-and-off, occasionally prints material that is non-partisan and captures the interest of all readers such as an article recently listing 23 reasons why folks love Florida with number 21 being the fact that “you can actually find shark’s teeth on Amelia Island.” Others were no brainers such as the weather, the state’s defense industry, the space program, oranges, key lime pie and the scenery but I was surprised to see submarine sandwiches from Publix make the list.

Drinking, Dinning & Dancing:  Don’t forget this evening from 6-8 pm the new Sounds on Centre season begins on Centre Street between Front & Second with the Honey Badgers conducting an all Beatles performance. Bring a lawn chair and a few bucks for raffle tickets and pop corn. Mark your calendar for this Wednesday, April 9, beginning at 6 pm for a fun-filled event as Joe Parrish teams up with Steve Raszkin of Wines by Steve for a low country boil for just $35 a person all inclusive that also includes two drinks, beer or wine, to be held in the courtyard of Joe’s downtown Courtyard Pub & Eats. There’ll be great food, good wines, funky beers and music. Call Steve at 904/557-1506 or Joe at the Courtyard at 904/ 432-7086. Mother’s Day is more than a month away but that isn’t too early to book a reservation for the night before, Saturday, May 10, at the Fernandina Beach Golf Club, where once again Chef Jacky Burette, the guy who introduced America to Wolfgang Puck, also teams up with Steve Raszkin to produce a meal guaranteed to impress mom, starting with salmon and salad and featuring Beef Wellington, all for just $50 a person plus tax and gratuity, and that includes a bottle of one of Steve’s reds or whites. I took our son Eric’s mom, Linda, last year and we’re going again this time, but if you want a seat for you and mom, I suggest you hurry as they will sell out fast. Again, call Steve at 904/557-1506 to book your space. If you went to Sandy Bottoms this past Tuesday and were disappointed that the Crescendo Amelia Big Band wasn’t there, that’s because of a schedule issue but they’ll be there this Tuesday, April 8 beginning at 7 pm and every first Tuesday of each month thereafter. Get there early for a seat and bring $5 for the cover charge, one of the best entertainment values hereabouts. Call Sandy Bottoms at 904/310-6904. I’ve been told that Murray’s in Yulee will not become Bono’s BBQ and that the new restaurant that will occupy the downtown Bonito’s space will position itself as an oyster bar.